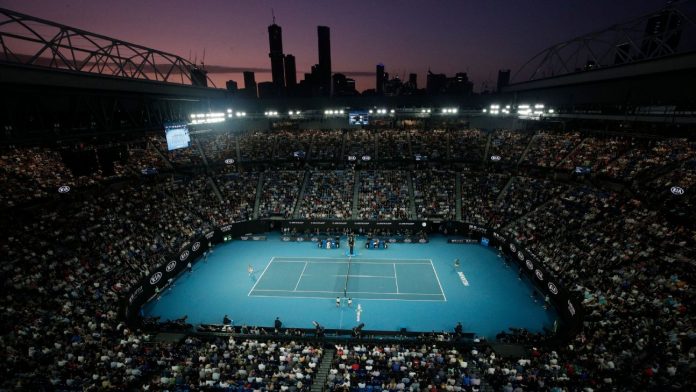 Tennis players participating in the Australian Open, the first ‘Grand Slam’ of the season and which will be played in Melbourne Park from February 8 to 21, 2021, must pass a mandatory 14-day quarantine, the organization confirmed this Saturday. which has also informed that the previous phases of the tournament will be held in Dubai and Doha.

Thus, the preview of the women’s tournament will be held in Dubai, while the men’s will be in Doha, both from January 10 to 13; the Australian Federation has put direct charter flights from both destinations to Melbourne.

Tennis players will be able to travel to Australia from January 15 and must undergo mandatory quarantine for 14 days. In addition, the ‘big one’ will put at stake more than 80 million dollars – more than 65 million euros – in cash prizes.

The director of the Australian Open, Craig Tiley, assured that this will be a “historic” tournament. “For the first time in more than 100 years, the Australian Open will begin in February, and we look forward to offering players what we believe will be one of their best experiences of 2021,” he said, emphasizing the “incredible sacrifice” and the ” hard work “they have done in the last six months to create a” COVID-19 free “environment.

“It has taken us eight months to work alongside government authorities, here in Victoria, nationally and interstate, to give us the opportunity to host an Australian Open that will play an important role in the revitalization and economic and psychological rejuvenation of Melbourne and Victoria, “he added.