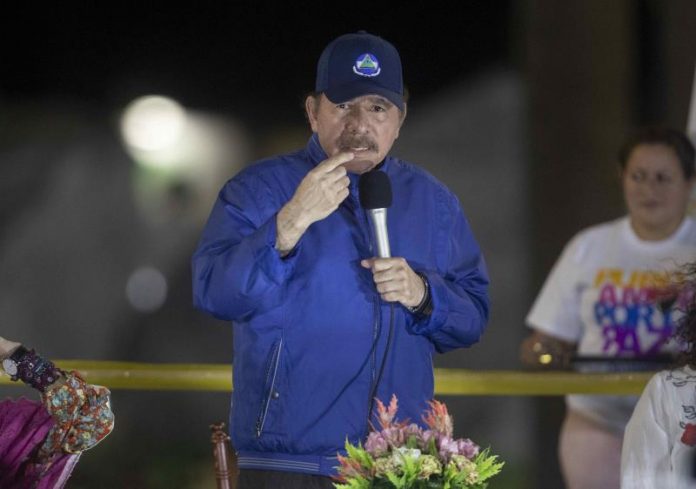 The president of Nicaragua, Daniel Ortega, has warned this Friday that he will withdraw the right to run for public office to anyone who asks for foreign sanctions for the country.

“Whoever does not defend Nicaragua and asks for sanctions against Nicaragua does not deserve to call himself Nicaraguan, he has already lost his rights to elect for public office, we cannot expel him because he was born here, but automatically in accordance with what the Constitution and the Laws have already lost their rights to run for public office when there are elections in this country, “Ortega declared during a graduation ceremony at the Police Academy.

The country has been mired in a political crisis for months and last month, the Administration of US President Donald Trump decided to extend the sanctions against all Nicaraguan high officials allegedly involved in cases of corruption and violation of Human Rights for another year. .

For the US government, President Ortega has made “indiscriminate” use of violence and repression against the civilian population in the framework of the demonstrations. In addition, it has pointed out that corruption leads to the destabilization of the country’s economy and continues to represent a “threat” to national security.

In response, Ortega has asked the political class for unity to face these sanctions. “Of course there are differences, but from there to go and ask a power to punish Nicaragua, which means punishing the poorest, those who suffer the most when these sanctions are released,” the president warned.

Ortega accused opposition politicians of traveling to the United States and “taking their trips to Europe as well.” “I don’t know how it occurs to them to think that with that attitude they will be able to participate in elections, if they are not Nicaraguans, those who are going to look to see how they can participate in the elections in the United States or in the countries that finance them so that They comment on acts of terror here, “he added.