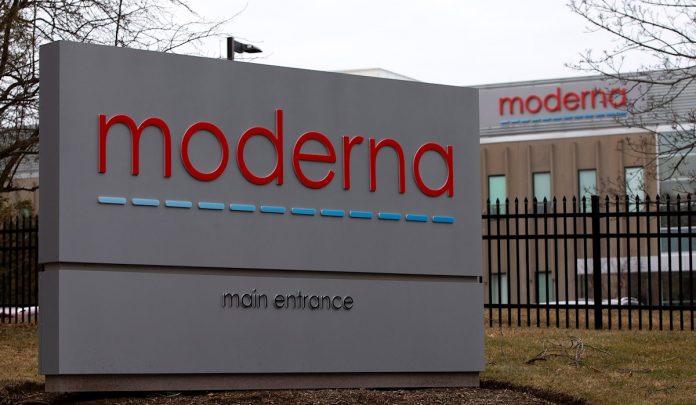 The Moderna company has announced that the Data Security Monitoring Board (DSMB), independently appointed by the National Institutes of Health of the United States (NIH, for its acronym in English), has reported that the phase 3 study of mRNA-1273, its vaccine candidate against COVID-19, has observed an efficacy of 94.5 percent in the first analyzes.

The company is working with the United States Centers for Disease Control and Prevention (CDC), Operation Warp Speed ​​and McKesson, a distributor of the vaccine contracted by the United States Government, as well as parties stakeholders globally to be prepared for vaccine distribution should it receive emergency use clearance both in the United States and globally.

Moderna has reported that by the end of 2020 it expects to have approximately 20 million doses ready to be shipped to the US. In the same way, they affirm that they “are still on their way” to manufacture between 500 million and 1 billion doses worldwide in 2021.

On the other hand, the company has announced that its vaccine remains stable at a temperature of 2 ° to 8 ° C, the temperature of a standard home or a refrigerator, for 30 days. In addition, they ensure that it remains stable at -20ºC for up to six months for storage and at room temperature for up to 12 hours. In the same way, they have pointed out that the vaccine will not require dilution on site or special handling, which “facilitates vaccination in a number of settings, including pharmacies and doctors’ offices.” This is an advance over Pfizer’s vaccine, which requires a temperature of -70 degrees to transport and store.

“We believe that our investments in mRNA delivery technology and development of the manufacturing process will allow us to store and ship our COVID-19 vaccine candidate at temperatures commonly found in readily available pharmaceutical freezers and refrigerators. The ability to store our vaccine for up to 6 months at -20 ° C, including up to 30 days under normal conditions after thawing is a major development and would allow easier distribution and more flexibility to facilitate larger-scale vaccination in the United States and other parts of the world “commented Moderna’s head of Technical Operations and Quality Officer, Juan Andrés from Spain.

The company maintains that it will continue to gather additional information on stability in the coming months to assess whether mRNA-1273 can be shipped and stored under “increasingly flexible” conditions, which will be described in detail after regulatory approval.

This study, known as ‘COVE’, involved more than 30,000 people in the United States and is being carried out in collaboration with the National Institute of Allergy and Infectious Diseases (NIAID), which is part of the NIH, and the Authority of Advanced Biomedical Research and Development (BARDA), which is part of the Office of the Assistant Secretary for Preparedness and Response, United States Department of Health and Human Services.

This first interim analysis was based on 95 cases, of which 90 COVID-19 cases were seen in the placebo group versus 5 cases seen in the mRNA-1273 group, resulting in a point estimate of efficacy. of the 94.5 percent vaccine. The 95 COVID-19 cases included 15 older adults (65 years and older) and 20 participants identified as belonging to diverse communities (including 12 Hispanics or Latinos, 4 Blacks or African-Americans, 3 Asian-Americans, and 1 multiracial).

In this first report, 11 serious cases were detected, all of them in the placebo group and none in the vaccinated group. Most of the adverse events were mild or moderate in severity. Grade 3 (severe) events with a frequency greater than or equal to 2 percent after the first dose included pain at the injection site (2.7%), and after the second dose included fatigue (9.7 %), myalgia (8.9%), arthralgia (5.2%), headache (4.5%), pain (4.1%), and erythema / redness at the injection site (2.0 %). These solicited adverse events were generally of short duration. The company plans to submit the data from phase 3 of the full study to a peer-reviewed publication.

“This is a crucial moment in the development of our vaccine candidate. Since the beginning of January, we have been pursuing this virus with the intention of protecting as many people as possible around the world. All along, we have known that every day This positive interim analysis from our phase 3 study has given us the first clinical validation that our vaccine can prevent COVID-19 disease, including serious diseases, “commented Moderna CEO Stéphane Bancel.