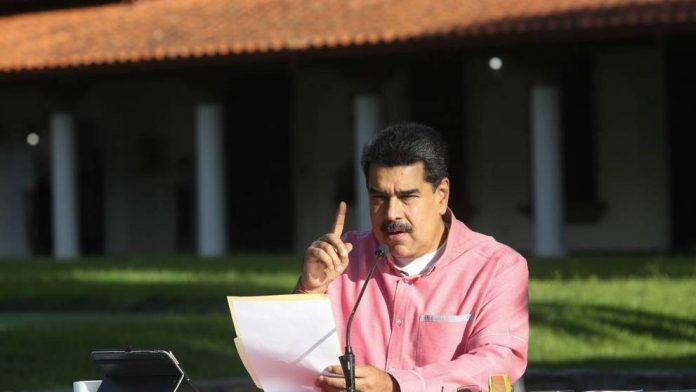 Among those pardoned are some of the jailed opposition deputies

Venezuelan President Nicolás Maduro has granted a pardon to a hundred prisoners, including some opposition deputies, in what he has defined as an effort for the sake of “reconciliation” in the country but that for the president of the National Assembly, Juan Guaidó, is nothing more than a “trap” for the opposition with its sights set on the parliamentary elections on December 6.

The person in charge of making the announcement this Monday was the Minister of Communication and Information of Venezuela, Jorge Rodríguez, who assured that “in order to promote national reconciliation and the search for peace, the national Executive will continue to adopt all measures to strengthen of our democracy, “Rodríguez explained, according to the Venezuelan press.

The pardon includes 110 prisoners, among them 23 opposition deputies and four alternates. Among those who will benefit from Maduro’s measure of grace are Freddy Guevara, Mariela Magallanes, Américo De Grazia, Jorge Millán, José Guerra, Richard Blanco, Tomás Gunanipa, Luis Stefanelli, Carlos Paparoni, Henri Ramos Allup and Miguel Pizarro. All of them were sentenced despite their status as graduates.

These pardons seek to resolve Venezuela’s problems internally in the country, especially in the upcoming parliamentary elections, Rodríguez explained. Those pardoned “have the opportunity to participate in the elections” set for December 6 without prior conditions.

“We all have the right to be or not a candidate for the National Parliament, therefore there is no type of conditioning in the establishment of the Decree and the participation or not in the electoral event,” Rodríguez stressed.

However, the Minister for the Penitentiary Service, Iris Varela, has warned that “the pardon is for past crimes, it does not mean in any way a patent so that justice does not fall to them in the face of new transgressions.”

The ruling United Socialist Party of Venezuela (PSUV) have supported the president’s decision, which they consider “a clear message of constructive and fruitful dialogue with all national sectors, especially with those sectors that in the pursuit of their interests have promoted and participated in systematic attacks against our country from outside and inside the country. “

“If something makes clear the measure of President Nicolás Maduro, it is his intention and dedication in the search for national peace, the political meeting and the defense of national interests,” the PSUV claimed in a statement, in which it called its militants to support the pardon.

GUAIDÓ WARNS OF THE “TRAP”
For his part, Guaidó has questioned the intentions of Maduro, whom he accuses of trying to divide the opposition in order to give legitimacy to the December elections, which he recognized as president in charge of much of the community International and the bulk of the opposition intend to boycott.

“Today the regime released hostages, and with this it recognized a long list of political prisoners and persecuted, proof that it is a dictatorship and of the attack against the National Assembly,” he wrote on his Twitter, defending that “never a single second for that hell. “

His release seeks “to try to legitimize the maneuvers of the moment”, in this case the “farce” of the elections, “a farce that is defeated at the legal, political, popular and international level,” he said. “It is a trap and we are not going to fall”, he stressed.

Of the total pardoned, he affirmed, “there are 26 deputies: 15 percent of the Parliament persecuted or in prison” whom, according to him, the Maduro dictatorship is using “as exchange pieces, while the persecution continues.” Among them “there is not a single police officer or military, and there are still hundreds of political prisoners behind the bars of the dictatorship that we must release,” he defended.

“The revolving door, in which some enter and others leave, will only stop when we leave the dictatorship,” stressed Guaidó, who stressed that reconciliation will only be possible “with respect to the National Assembly, the constitutional designation of the National Council Electdoral (CNE), restoring the parties and independence of powers “.

“That is the way. Fighting together is how we will get the usurper out of Miraflores,” he added, in a new message of unity at a time when the opposition bloc seems to be cracking, as recent critical statements with Guaidó de some of its exponents, such as Henrique Capriles or María Corina Machado.

FIRST RELEASED
According to Venezuelan media, some of those pardoned have already been released in the last hours of prison. Among them is Roberto Marrero, head of the Guaidó office, who was released on Monday night from the headquarters of the Bolivarian National Intelligence Service (SEBIN) in Caracas, the well-known Helicoide, according to the newspaper ‘El Nacional’.

Marrero was arrested on March 21, 2019, accused of being part of a terrorist cell that allegedly “planned to carry out a series of selective attacks”, for which he would have hired “Colombian and Central American mercenaries.”

The deputies of Popular Will – the party of Guaidó and Leopoldo López – Gilber Caro and Renzo Prieto have also been released. The first, according to his sister told the newspaper, was transferred to the headquarters of the FAES to carry out a prior medical examination.

Caro, against whom the charges against him are not known, was arrested in December 2019 while Prieto was arrested in March this year, accused of financing terrorism and promoting hatred.