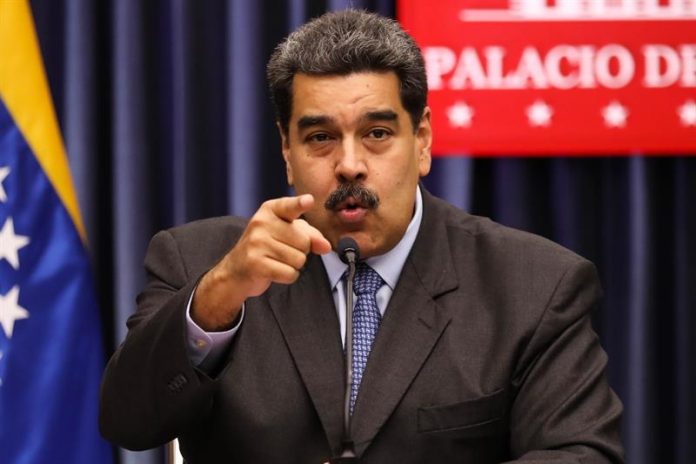 Venezuela has branded the United States “cynical” for including the Caribbean nation in the list of countries that do not cooperate in the fight against terrorism, again accusing the American power of participating in “Operation Gideon” to overthrow the government of Nicolás Maduro in an “armed raid”.

“Venezuela categorically rejects the cynical signal of Donald Trump’s supremacist government when it tries to classify Venezuela as a State that does not cooperate in the fight against terrorism, just days after having suffered an armed incursion for terrorist purposes, which included the participation of American mercenaries and companies, “the Foreign Ministry said in a statement.

In addition, he pointed out that the United States “has repeatedly demonstrated its contempt for international terrorism law” for “its permanent non-compliance and violation of the resolutions of the Security Council and of the United Nations General Assembly, providing refuge to terrorists, refusing to implement mutual assistance agreements in criminal matters, violating the principle of extradition or trial for those accused of terrorism, and providing financial, logistical and training support to those guilty. “

Likewise, added the department that Jorge Arreaza directs, “it is no secret to anyone that the emergence and action of terrorist groups in the Middle East has the original signature of the United States intelligence agencies.”

With all this, the Venezuelan Foreign Ministry has considered that the United States, which it has defined as “the main sponsor of terrorism in the world”, “cannot claim to evaluate, much less certify the conduct of a country in this delicate matter.” “Ideologizing antiterrorist cooperation is nothing more than a flight forward and a strategy of aggression towards independent countries that believe in peace,” he said.

In this context, the Venezuelan Foreign Ministry has trusted that “the United Nations Security Council and the International Criminal Court will rigorously investigate the role that Washington has played in promoting terrorist practices, establishing responsibilities and making the principles prevail most elementary of international law “.

Arreaza had already spoken hours earlier via Twitter. “What a cynical paradox: while the United States and Colombia plan and execute a terrorist incursion against Venezuela, financed by drug trafficking, Washington accuses us of not cooperating in the fight against terrorism,” he has written.

Venezuela refers to ‘Operation Gideon’. According to ‘Chavismo’, a “group of mercenaries and terrorists” trained in Colombia with the support of the United States reportedly tried to enter the country along the coast of La Guaira as part of a military intervention contracted by the opposition led by Juan Guaidó to overthrow Maduro.

The State Department released its list of countries that did not cooperate in 2019 with Washington’s counterterrorism efforts on Wednesday, including Venezuela, Cuba, North Korea, Syria and Iran.

In the case of Venezuela, Mike Pompeo’s office blames Maduro for “continuing to provide a permissive environment for terrorists in the region,” including the FARC dissent and the guerrilla of the National Liberation Army (ELN). .