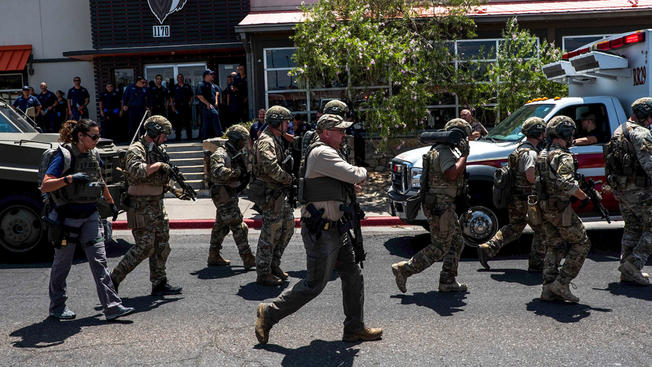 The chief of the Texas Police has confirmed that 20 people have died and at least 26 have been injured – 9 of them in very critical condition – by the gunshots fired on Saturday by an armed man in a department store in the Walmart chain in the US town of El Paso (Texas).

At the moment there is evidence of a detainee, approximately 21 years old, as confirmed by the deputy governor of the state, Dan Patrick, to the Fox News chain. The suspect has been identified as Patrick Crusius, a Dallas native, from the same sources.

The local chain KTSM has published an image of the alleged author, confirmed according to his own sources, which shows a young man dressed in black shirt, shorts and hearing protectors entering the mall with an assault rifle. Event witnesses have verified this description to the ABC chain.

Of those injured, nine are in critical condition and two others have been stabilized, a spokesman for the Del Sol medical center told CBS.

The incident began around 10 a.m. on Saturday, local time (5 p.m. in Spain), when the police received a notice to intervene in the area outside the Cielo Vista shopping center.

El Paso Police have given the situation “provisionally controlled” and are investigating whether someone else was involved in the shooting, according to Sergeant Robert Gomez, a police spokesman.

The president of the United States, Donald Trump, has been informed of the incident, as confirmed by the White House in a statement.