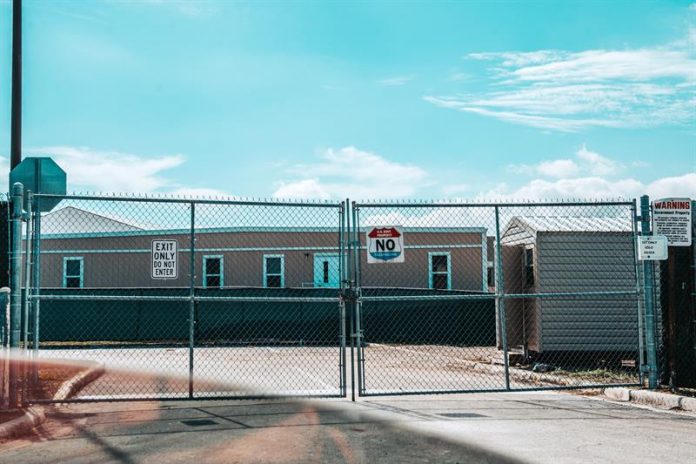 The kids are fine but locked up is the impression that the visitor gets from the questioned Temporary Refugee for Unaccompanied Migrant Children of Homestead (South Florida) when the doors close behind him.

In this place euphemistically called shelter live 1,200 boys and girls from 13 to 17 years, which soon will be 2,350, because it is planned to double its population.

The controversy over the fact that these children who entered without permission to the United States are deprived of liberty are added complaints about the sexual abuse to which they are exposed.

Democratic Representative Ted Deutch says that from 2014 to 2018, the US Department of Health and Human Services received more than 4,500 complaints of sexual abuse against unaccompanied migrant children.

But, according to Leslie Wood, program director at Homestead, since the shelter reopened in June 2018 there have been no cases of “children abusing others” or “staff abusing a child.”

“Our motto is ‘zero tolerance’ and when I say zero, it’s zero,” he told reporters who visited the center this week.

Wood says that when minors enter this center managed by a private company they are given an orientation session in which they are encouraged to report any inappropriate behavior or contact.

And, although they sleep in huge bunk beds, she says there is one custodian for every 12 children.

The message is reinforced by huge posters in the corridors and common areas that promote not being silent in the face of any type of abuse.

The adolescents who live in Homestead come mostly from Central America (more than 40 percent are from Guatemala) and Mexico, 40% are 17 years old and 72% are men.

Some suffered gang violence, others were raped, either in their countries of origin or in the crossing, and others fled through poverty.

There are also victims of human trafficking. There are those who come with venereal diseases, also pregnant girls, others have symptoms of depression and, incredible as it may seem, a good number are grateful to be here, although without freedom.

“I see that many feel a relief when entering,” said one of three employees that Efe interviewed before this tour, but they asked that his name not be revealed.

“It’s natural because they spent many days walking, they went hungry or come from countries where they were abused or they did not have anything to eat and, when they come to the ‘shelter’ (shelter) they find that they finally have a bed and food,” he said.

Another one of those employees says that “they give them an enviable medical attention, if they say ‘a finger hurts’ they are immediately seen by a doctor, they have a dentist, a psychologist and if they have to be taken to the hospital they are taken away”.

During the tour the visitor thinks that, if it were not for the wire mesh, which are also covered to prevent visibility, one could say that it is on a kind of student campus.

The children gleefully greet with a “good morning” to those who arrive and enthusiastically practice their first sentences in English, while others joyfully surrender to a football game.

However, it is a fact that all this happens within a closed environment. His schedule starts at 6 in the morning and does not end until 10 at night.

They can only use the phone ten minutes twice a week and, if your family can raise money to travel to Florida, you can visit them once a week.

However, most are very poor and do not have these means.
Each young person has the help of a psychological counselor and an administrator of their case. The first supports them emotionally and the second fight to get them out of there as soon as possible.

If it is proven that you have a responsible relative with no criminal record, in the United States the minor can leave in a week or less.

However, the average stay was until two weeks ago of 67 days. “It has been reduced to 58, and we are trying to make it smaller,” said Mark A. Weber, representative of the US Department of Health and Human Services.

Since 1997, a judicial agreement grants guarantees to minors detained after trying to enter the United States. without their parents. It is the so-called Flores agreement that establishes a maximum period of 20 days to have a minor detained.

“The day his case is closed,” said one of the employees, “the news is given to him in the cafeteria or in his classroom, everyone applauds and it’s a very nice celebration.”

Although he recognizes that this can also be a source of sadness for those who stay.

In that case the child remains in a kind of limbo that can become hell if he turns 18, because then he must be transferred to a detention center for adult migrants.