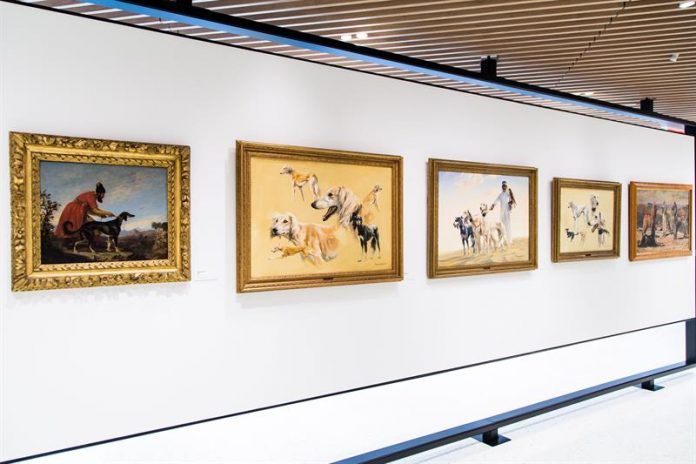 Victorian paintings of the 19th century, posters of movies featuring pets, such as “Lassie”, or an interactive screen that tells you what dog breed you are most like, are some of the surprises that the Museum of the Dog hides. opens its doors in New York next February 8.

Although in fact, as explained by Efe among its oil paintings, the director of cultural resources of the center, Alan Fausel, it is a reopening, since in reality its doors opened in Manhattan in 1982, although between 1986 and 2017 the museum was moved to the town of Saint Louis, in Missouri.

Now, says Fausel, “to celebrate the art of the dog” this museum has returned to stay and get more visitors and, also, because the organization that maintains it, the American Kennel Club (AKC), has moved to a new building where It has two large exhibition halls and a library with 15,000 volumes about dogs in the middle of Manhattan.

“We started in New York, but due to lack of space the museum moved to Saint Louis, although it was very far from the city and we did not have many visitors, so when we moved the AKC to the new offices we also brought back the museum” , he explains with satisfaction.

The portrait of a Saint Bernard of 1896, immortalized in a large canvas by the American British painter Maud Earl (1864-1943), is one of “our favorite pieces”, emphasizes Fausel next to the imposing image.

With his head erect and under the title “I listen to a voice”, the head of the museum explains that this work reflects the work of these dogs on the high peaks of the Alps, although, as ironically says Fausel, the model of the work, known as “Fradley Stephanie”, never left the British Isles.

Fausel highlights the pictures of the British Edwin Henry Landseer (1802-1873), “an incomparable dog painter and the favorite artist of Queen Victoria of England (1819-1901)”, included in the AKC pinacoteca, entity that issues its own rules for raising dogs.

But it also draws attention in a 1990 canine portrait of Millie, the springer spaniel of former US President George Bush and his wife, Barbara Bush, reclining in the south garden of the White House next to a red ball.

The presidential dog jumped to fame in the year in which she was immortalized for starring in the book “Millie’s Book,” written by the first lady, and which addresses life in the White House. Its sales surpassed the memories of the previous tenant of 1600 Pennsylvania Avenue, Ronald Reagan.

In short, summarizes the responsible with a British air: “most of the paintings are from the golden age of dog painting, between 1840 and 1940, although we also have some contemporary works”, as well as photographs, statues and movie posters starred by dogs, such as “Lassie” or “Babe”, the piglet that wanted to be a German shepherd.

“In addition to having one of the best collections of British painting in the world on dogs, we also have six interactive digital screens, some fun and interesting on how to train your dog, but we also have two tables on races with all the information on the 193 accepted. for the ACK, “he adds.

The origin, history and characteristics of all these breeds can be selected on a large touch screen available to visitors, who can also take a photograph for a facial recognition program to tell you what their ‘pedigree’ is, which can be the one of a chihuahua or the one of a russell terrier.

In addition, on another large screen, “Mollie”, a virtual dog, teaches visitors to educate a pet to make it bark, pick up a ball or sit down.

Among the landscapes of the Victorian English countryside, small canine porcelain, some contemporary photographs and life-size statues, the museum hides some other details such as a World War II necklace with a compartment for messages from the front, or a showcase dedicated to the memory of Smoky, a diminutive Yorkshire terrier that the American soldier William A. Wynnese took as a company to the Second World War.

The skeleton of Belgrave Joe, a fox terrier killed in 1888 and considered the father of the Straight-haired fox terrier’s lineage, is another of the secrets behind this small museum that, for the moment, its protagonists are not invited. dogs.