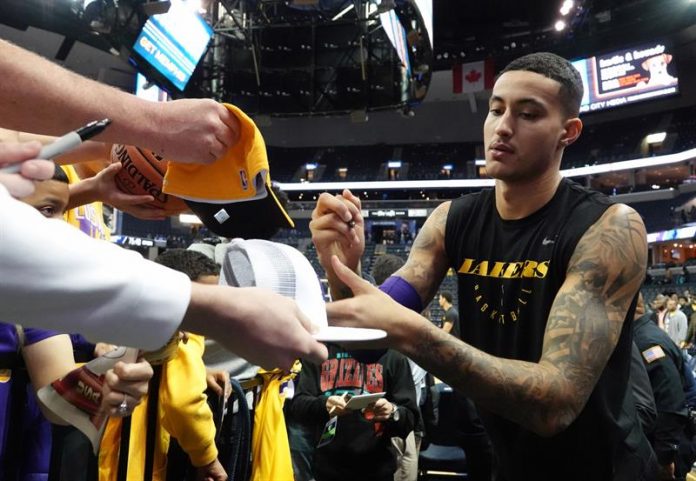 Power forward Kyle Kuzma had 41 points, his best professional record, which left him in charge of the attack of the Los Angeles Lakers, who defeated the devalued Detroit Pistons 113-100.

Kuzma scored 22 points in the third quarter to break the score in favor of the Lakers, including four three-pointers from the five with which he finished the game, in addition to capturing two rebounds.

With the victory, the third they achieve without star forward LeBron James (3-5), the Lakers put their mark at 23-19 and remain in third place in the Pacific Division.

The Pistons (17-22), third in the Central Division, added three consecutive losses and the eighth in the last 10 games they have played.

Power forward Blake Griffin scored 16 points and was the Pistons’ leading scorer, but far from the average of 25.3 with which he reached the game and without being able to capture any rebound, and gave six assists.

Minutes that the base Reggie Jackson and reserve guard Langston Galloway had 15 points each.

The center Andre Drummond with 17 rebounds was the best player of the Pistons in the paint.

The Spanish baseman José Manuel Calderón contributed two goals in 13 minutes of play, scored 1 of 3 shots from the field and delivered a pass to score.