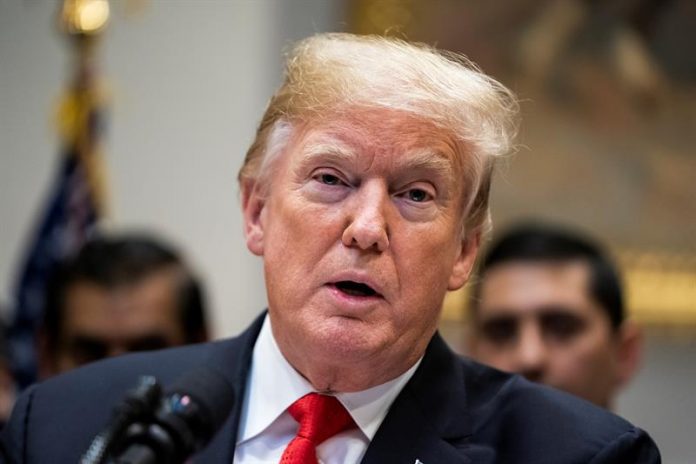 US President Donald Trump today congratulated the arrival of the New Year 2019 on everyone, including “the critics and the fake media,” and assured that the new year will be “fantastic” for those who do not question his work in the White House.

“Happy new year to everyone, including the critics and the fake media! 2019 will be a fantastic year for those who are not suffering from Trump’s syndrome,” the president said in his Twitter account.

Trump recommended those people who are not happy with their job as president of the United States to “calm down and enjoy the trip.”

“Great things are happening in our country!” He added.
Trump has begun 2019 immersed in a partial administrative closure that has caused a quarter of the functions of his Government is paralyzed and the salary of some 800,000 federal employees has been suspended.

The president, who canceled his Christmas holidays and New Year’s celebration to stay in Washington and try to solve the administrative closure, according to himself, has blamed the Democratic congressmen for the partial paralysis of his administration, which arrived yesterday at his Tenth day.

The main obstacle for the reopening of the US government is the financing for the border security of the country, which Trump considers should include 5,000 million dollars for the construction of a wall on the border with Mexico.

However, Democrats have been against this initiative and would only approve less than half of that amount claimed by the president.

Since last December 22, the Administration entered its third partial closure after the negotiation between Republicans and Democrats in Congress came to a standstill as a result of the Trump requirement for the border wall.