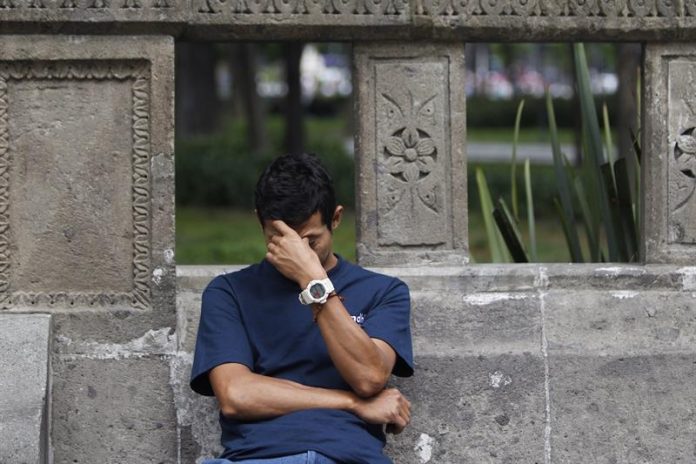 People with bipolar disorder or who have previously suffered from depression are more likely to suffer from seasonal depression or decembrina, the neuropsychiatrist Edilberto Peña told Efe today.

“Those with bipolar depression are more susceptible to accentuate their symptoms at this time, as well as those who have suffered from depression before,” said the director general of the Central Nervous System Research Center (Cisne).

The master in medical sciences said that although there is no global statistics of people suffering from seasonal depression, it is known that at least 9.1% of the Mexican population suffers from depression, “so it would be the population susceptible to suffer it” .

While about 1.6% of Mexicans suffer from bipolar disorder, so that number could also see their depression accentuated at this time.

“Depression is a disease of the central nervous system, where the characteristic signs are persistent sadness for more than two weeks and loss by the ability to feel pleasure with the things that give it,” Peña explained.

He indicated that although for many people the end of the year is one of the best times, for some it is a stage in which it is difficult to shake off the sadness.

“This may be due to various reasons, ranging from failure to meet goals and purposes, the loss of loved ones, bad eating and drinking habits, until the days are colder, shorter and darker,” he said.

The depression at the end of the year, he explained, has two components, one recognized worldwide that is seasonal depression and is presented by the difference in the exposure of sunlight hours. “That changes patterns of secretion of neurotransmitters, which favors that we get sadder,” he explained.

The other component, he added, is the emotional “which carries a content of reflection on how it went in the year, the loved ones who are no longer with us, our frustrations or who have the feeling that the days should be very happy and then we feel out of context. “

Peña said that many times people perceive that he feels bad, but he does not know what he has and his family, friends and others with little knowledge usually recommend him to “feel like it.”

“However, it must be recognized that depression is a disease such as gastritis or diabetes, a clinical history should be made, see if there are other correlated diseases such as hypothyroidism, cancer, heart attacks, etc.”, he said.

“Depression is a disease, it is not just a normal or expected state of mind at the time, and definitely should not be a reason for weakness or guilt,” he said.

According to the World Health Organization (WHO), by 2020, depression will be the second cause of disability in the world, and the first in developing countries, such as Mexico.

Peña also said that it is necessary to remove the stigma about treatment and to know that there is a diversity of mental health experts.

“Not only is the psychiatrist, there are psychologists, counselors, religious ministers, nurses, social workers, all are sensitized with depression and are trained to provide depressive first aid,” he said.

Regarding the treatment, the expert explained that it depends on the severity of the depression.

“When it is mild or moderate, only psychotherapies and behavioral changes can be used, such as maintaining well-maintained sleep schedules, a balanced diet, physical activation and a routine of activities,” he said.

While, when it is a severe depression, it is mandatory to combine psychotherapy with antidepressant drugs “generally between 80% and 90% of cases are discharged between 9 and 12 months.”

Finally, he recalled that the most important thing is to approach a professional to have a correct diagnosis, “because with a good diagnosis and treatment patients have a perfect quality of life.”