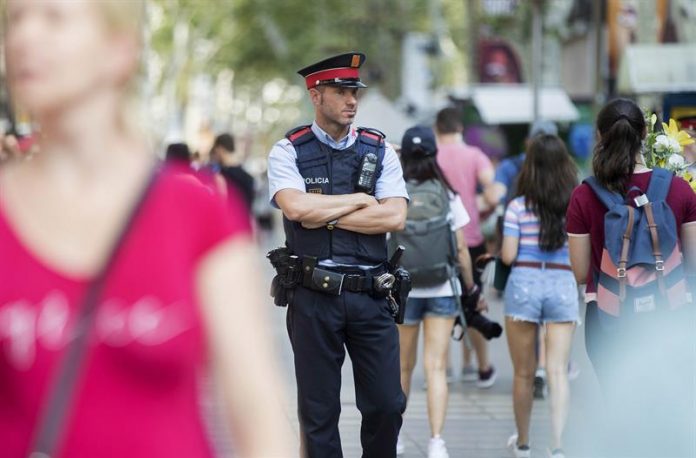 The State Department today urged its citizens to exercise caution in the walk of the Ramblas, in Barcelona, ​​due to the risk of a terrorist attack “with little or no warning” during the Christmas holidays.

US diplomacy issued that notice through the Twitter account of the Consular Office, which coordinates aid to Americans living abroad.

“Extreme caution in areas with movement of vehicles, including buses, in the area of ​​Las Ramblas in Barcelona during Christmas and New Year Terrorists can attack with little or no warning, having as objectives tourist places, transport centers and other public areas “, the Consular Office tweeted.

In addition, the US consulate in Barcelona he repeated that message on his website and asked the Americans to avoid the Las Ramblas area, from Plaça de Catalunya to the Plaza del Portal de la Pau, as well as to exercise an “additional vigilance” during the Christmas festivities .

The consulate also reminds the Americans that, in Spain, the telephone number for emergencies is 112 and asks them to be attentive to the warnings that the Civil Guard, the National Police and the Mossos d’Esquadra, the autonomic police, can give. of Catalonia.

On August 17, 2017, a jihadist cell ran over pedestrians in Las Ramblas in Barcelona and a few hours later ran over several people in the coastal town of Cambrils, actions that resulted in a total of 16 deaths and more than a hundred injured.

Only one day after the attacks, the president, Donald Trump, spoke with the then head of the Spanish Government, Mariano Rajoy, to offer him “any necessary assistance”.

The State Department usually issues travel alerts to inform its citizens of the security of the countries they plan to travel to.

Currently, Spain is at level 2, so that the US Advises its citizens to present attention to possible risks.

That alert system has four levels, with 1 being the lowest level, in which Americans must have “normal precautions”; and level 4 the highest and where the consular services advise not to travel due to “the great probability of risks that pose a risk to life”.