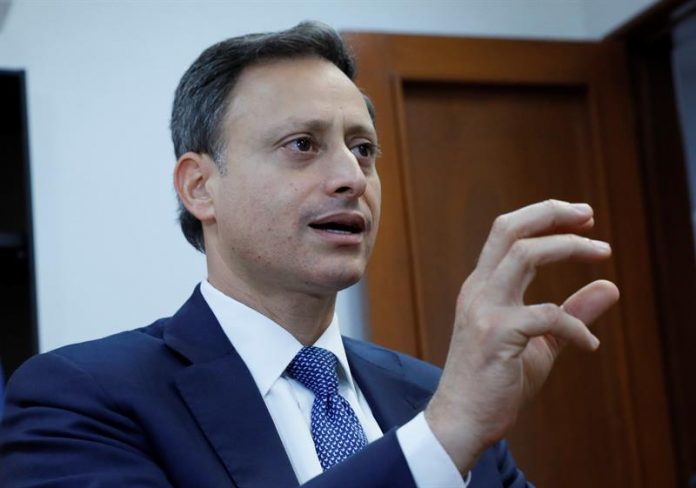 The Attorney General of the Dominican Republic, Jean Alain Rodríguez, who has managed to get Odebrecht to pay a US $ 184 million fine in his country, analyzes the Mexican prison model today to invest in his country the money he has recovered from the worst case of corruption in Latin America.

“We are dedicating (the funds obtained from the Odebrecht case) to a plan to humanize our penitentiary system, in faithful compliance with the law, but also covering a huge need in terms of respect for human rights and reintegration into society,” affirmed Rodríguez today in an interview with Efe in the Mexican capital.

Rodriguez has just presented in his country a report on his two-year tenure at the head of the Attorney General’s Office of the Dominican Republic.

In an unpublished case, the prosecutor has managed to enter into the coffers of the Dominican Republic more than 190 million dollars for corruption cases: Odebrecht and the seizure of some 388 million Dominican pesos (7.76 million dollars) from of money laundering.

For the Odebrecht investigation in his country seven people are being prosecuted, including a senator and a former Minister of Public Works.

During his visit to Mexico, the prosecutor will meet with his Mexican counterpart, Alberto Elías Beltrán, and various authorities to see first-hand the management of some prisons in the country.

“We will have basic and official meetings to enrich our knowledge, with all authorities, from the prosecutor to those who have the prison issue, we will also have a visit to a model penitentiary,” explained the prosecutor.

Rodriguez plans to visit a female prison in Morelos on Wednesday, a state adjacent to Mexico City.

The fiscal announced in mid-October the realization of more than 80 infrastructure works of the entire Dominican prison system with an investment of close to 170 million dollars. The works include construction, remodeling and expansion of facilities.

“Mexico has a long history with respect to the protection of human rights in prison matters and we have seen how in the last few years they have also made several prisons that comply with the so-called Nelson Mandela standards,” explains the prosecutor.

According to the Directorate of Prisons of the Caribbean country, Dominican prisons have an overpopulation that reaches 85%.

The compensation to the Dominican State by Odebrecht was possible thanks to the application of the Law on Bribery in Commerce.

“Four months before the Odebrecht case we increased the number of prosecutors from the Attorney General’s office dedicated to the issue of corruption, we saw it at a good time because it was the biggest case of corruption that has been seen in Latin America, in our country, and perhaps in the world, “he said.

Then he traveled to the United States and Brazil to establish lines of cooperation with these governments and prove the delivery of 92 million dollars to a network of Dominican officials.

The Dominican law allowed obtaining double the assets to be invested in the penitentiary system of their country.

“What you can hit (with Odebrecht) is with the economic part, and there we had a bribery law that had a good concept and a very good legal framework, we said ‘let’s use it.’ We made a cooperation agreement where we fine or we obtained a very strong compensation, “he said.

The Prosecutor’s Office in charge of Rodríguez implemented innovative legal techniques to prosecute corruption cases focused on cooperation and reparation for the damage caused.

“That the money of the people, of our countries, be used in what is needed so much: in combating poverty, in public services, health, infrastructure, and not in the hands of a few,” he stressed.

In 2017, in the Caribbean country, convictions in the area of ​​corruption were achieved for 21 people, including various public officials.

“All citizens must take this as a challenge, because many times you see the authority as in the entity that violates the law, never forget that a corrupt person needs a corrupter,” the prosecutor concludes.