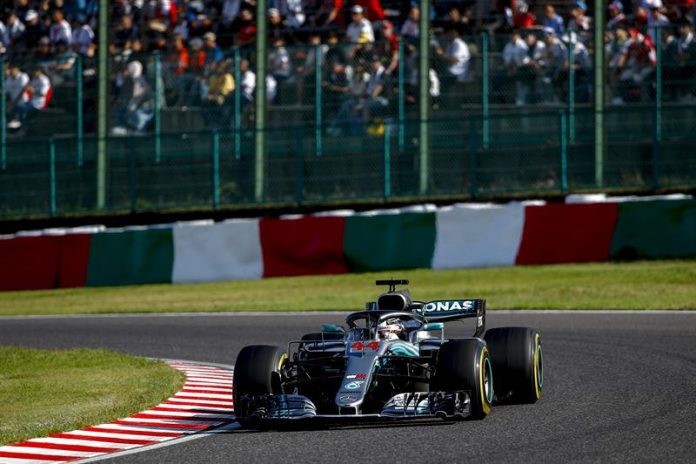 The British Lewis Hamilton, of the Mercedes team, will seek to be placed on Sunday among the first seven of the Grand Prix of Mexico to secure his fifth championship of Formula One.

In the circuit of 4,034 meters of the Mexican capital, at 2,240 meters above sea, Hamilton has everything to secure the title and reach the same number of wins as the Argentine Juan Manuel Fangio, two of the seven of the legendary German Michael Schumacher .

“We have to keep working until the last flag,” Hamilton said last Sunday when he finished third in the Austin Grand Prix where he reached 346 points to consolidate in the first place of the drivers’ classification with a comfortable advantage over the German Sebastian Vettel, of Ferrari, with 276 units.

Mexico has been part of the Formula One season in three stages, between 1963-1970, from 1986 to 1992 and in a third since last 2015, when the winner was the German Nico Rosberg, who succeeded him as Hamilton monarchs, in 2016, and the Dutch Max Verstappen, last year.

The pilots will give 71 laps to the circuit, the highest altitude on the sea in the season. To that particularity will be added the possibility of rain, which excites the Mexican Sergio “Checo” Pérez, Force India team, the only Latin American among the competitors.

“The weather would be a good opportunity to equalize things and see the differences in the drivers, we hope it can rain this weekend,” said Perez, who they trust to establish themselves as “the best of the rest.”

This Sunday the British will be in the spotlight, although those present at the Autodromo will also lose details of the performance of “Checo” Pérez, eighth in the standings, but only four points from the seventh place.

This season. the number 69 of Formula One in history, Perez was third in the Grand Prix of Azerbaijan, fourth stop of the World Championship, and, he said, will try to get the most out of his car to look for a place in the top five on Sunday .

The Grand Prix of Mexico has won for three consecutive years the distinction of the best stage of the season, which has been possible for the good organization but also for the atmosphere created by the fans.

After the race in Mexico, the season will continue with the Brazil and Abu Dhabi Awards.

Although it finished in ninth place last year in Mexico, it was in this city where Hamilton secured the title of the season, in front of Vettel.