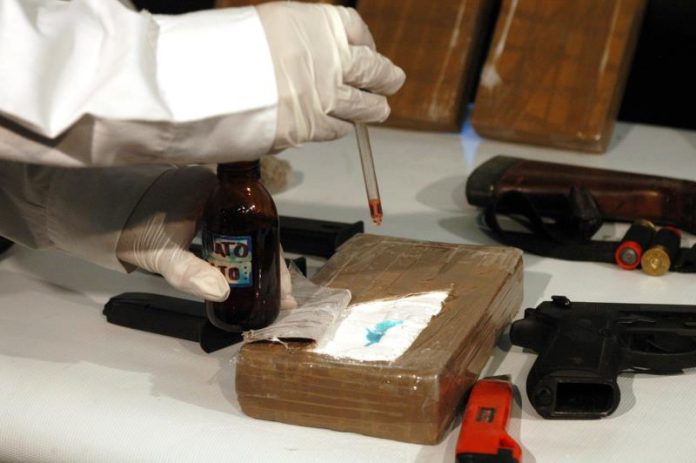 The Mexican cartels completely control the US heroin market, which they supply with their own production after replacing Colombian networks, while heroin of Afghan origin goes to Canada, according to US expert David Murray.

Murray, director of the Drug Abuse Policy Research Center at the Hudson Institute, described the effectiveness of market control of the mafias in dispute over the territories of North America, although he lamented that his own country is already a producer with the legalization of marijuana for recreational purposes.

In an interview with Efe on the occasion of his visit to Spain to offer several lectures in university centers and appear in a parliamentary committee, Murray said that this conclusion is clear from the type of alkaloid, manufacturing procedures and supply routes.

The expert of this center of American thought, contrary to the legalization of the use of marijuana, considers that the best elements to prevent the use of drugs among young people are the family example and values.

He emphasizes how the state of Utah is the place of least drug use in his country, by far, which he attributes to the predominance of the Mormon creed, but he also points out that among Asians it is a third lesser the use of drugs, which also attributes to values ​​such as family, principles or child care.

Although he acknowledges that there is no formula that prevents young people from becoming involved in drugs, he says that the fundamental thing is to try to prevent them from taking the first step and then to stop the frequency of their use.

He recognizes that the seriousness of the problem is so great in his country that in addition to the difficulties to hire vehicle drivers in states such as Colorado, the Armed Forces increasingly have problems in recruiting personnel that pass the tests.

The problem of the abuse of traditional legal and illegal narcotic substances is compounded by new compounds made with chemicals that are increasingly difficult to trace and locate, points out this expert who has held different positions in the fight against drugs.

In his opinion, the legalization of the marijuana market in California or Canada will contribute to increase the effects in the initiation of young people in the use of drugs.

He warned that “we are witnessing a tragedy”, whose catastrophic results – he believes – will be seen in a generation.

For this scholar, cases such as Cuba or Nicaragua, where the abuse of drugs has had a lower incidence, can be explained by the effectiveness of their regimes in preventing emerging forces that may threaten their power.

And he insists that the war on drugs like the one carried out in Colombia makes it clear that the first factor for them to succeed is the security of the populations.

He explained that this has been one of the factors that has contributed to the rise of revolutionary and insurgent groups in different countries, which in a climate of insecurity have spurred the cultivation of poppies and the proliferation of laboratories.

He admits, that yes, that the different departments of his country, including the one of Defense, eluded in Afghanistan his responsibilities in the fight against the cultivation of the poppy from which the opium is extracted to produce the heroin.

Now his country is immersed in the epidemic of opiates legally and illicitly acquired to cause a public health problem of great proportions, and aims to warn of social problems unleashed and how to conjure it.