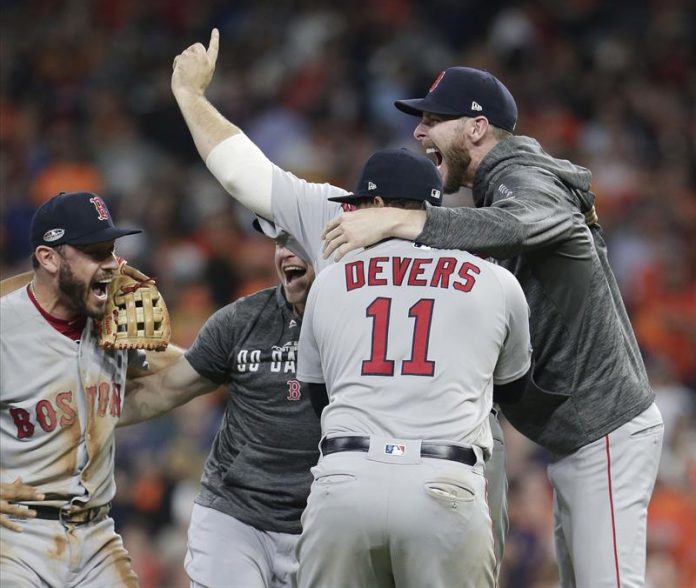 Puerto Rican and Latin American baseball, led by young manager Alex Cora, wrote another historical page in the Major Leagues after guiding the Boston Red Sox to the World Series after eliminating the Astros in the American League Championship. of Houston, who defended the title of champions.

Cora, who last season was with the Astros as reserve coach, managed to win the first World Series title, this time he returned to the “Fall Classic”, but separately and with the Boston franchise, which From the beginning they gave him all their support.

If being in the World Series as the first Puerto Rican driver to achieve it in the history of the Major Leagues was already a great achievement and an honor in Cora’s professional career, doing it on the same day he turned 43, the event was even more apotheosis and deserving of a special celebration with champagne and the traditional “Happy Birthday” that all the players sang to him.

It was not so much less celebration after the Red Sox beat at home by 1-4 to the Astros and in the fifth game of the series that also defined by 4-1 to the best of seven games.

The Red Sox came for the first time to the World Series since 2013 when they won the title and they did it in the hands of Cora, who has starred in a “unique” season and full of great emotions.

Cora agreed to a contract to direct the Red Sox during “Fall Classic” last year, when he was a banking coach in an Astros team that would end up winning the first title in the history of the organization.

Then at the head of the Red Sox, he led them to an all-time record with 108 regular-season victories and the New York Yankees (3-1) and then the Astros, who also topped the Division Series. the 100 victories in the league competition.

“When the season is over, I will sit down and reflect on what has happened,” said Cora. “What I’m sure of is that there are a lot of people (in Puerto Rico) who are proud of me.”

But also within the family of the Red Sox, including the players, who consider it before their manager, a true companion and friend.

“Everything I live makes me proud,” said Cora, a native of Caguas. “One does not think about the achievements until they ask you and then many things come to mind, especially the joy that you generate for all the family members who are in Puerto Rico and to know that we are going to be in the scenario of the World Series”.

Cora took the reins of a Boston team that had just won the AL East in consecutive seasons, but had been eliminated in the first round both times, in 2016 at the hands of the Indians and last year for the Astros. .

The Red Sox of 2018 spun three divisional titles for the first time in the history of the franchise.

With the exception of the addition as free agent of the slugger of Cuban origin J.D. Martinez, who hit a solo homer in Game 5 and flirted with a Triple Crown batting in his first season in Boston, the team that will play the coming World Series is almost identical to the last two years, but with the big difference of having to Cora in front of it.

What made Rafael Devers third baseman forget the frustration that was the regular season and has emerged with an exceptional October and winner with 7 hits in 20 at-bats, including home runs, and seven runs produced in eight playoff games who has disputed.

But this year, the young man had an average of just .240 while facing injuries in the left shoulder and left calf that limited him to 121 games. Problems with the defense also cost him play time early in the playoffs, but everything has been left behind and over.

“It was a difficult season, but that happened,” admitted Devers. “You have to live in the moment and these people do not live in. It’s something important in a player’s career, to reach a World Series, and the season has passed, now we’re going to be positive to win the championship.”

Devers, who hit two homers last season in the divisional series against the Astros, is the fifth player in history to get three homers or more in postseason games before turning 22, to join the legendary Mickey Mantle, Bryce Harper. , the Venezuelan Miguel Cabrera and the curazoleño Andruw Jones.

“Since returning from his (rehabilitation assignment) he has been able to calm the game,” explained Cora. “He has done an incredible job, he played very good defense today, the shifts have been of quality and we are extremely happy with him as well as the Aruban Xander Bogaerts”.