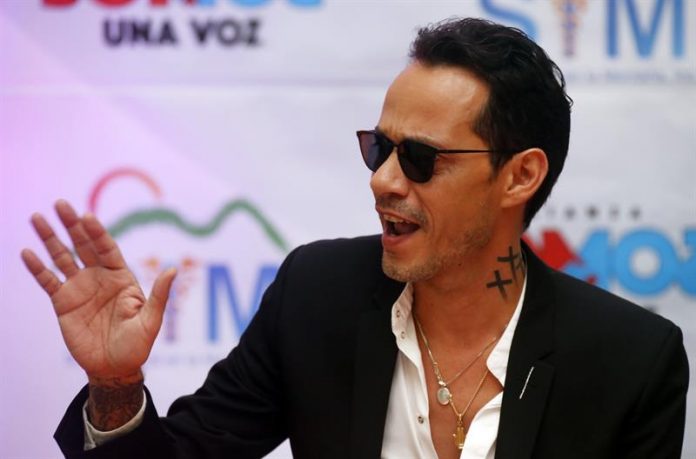 Singer Marc Anthony will offer a second and new concert in Puerto Rico on December 15, producer Paco López, president of No Limit Entertainment, said in a statement today.

Anthony had planned to close the “Legacy” tour on December 14 in San Juan, but now it is extended one day and it will end the next day with one more concert.
The sale of tickets will begin next Monday, September 17.

In the statement the singer said that the Puerto Rican people can not imagine “how happy they are with so many expressions of affection, we are going to bring you a great show to enjoy it from beginning to end”.

In addition to the United States and the Caribbean, the singer will soon visit Argentina, Uruguay, Chile and Mexico.

After two years of absence the interpreter of “Vivir mi vida” will be presented in concert on Friday the 14th and Saturday, December 15, at 8:30 in the evening, at the Coliseo de Puerto Rico José Miguel Agrelot.

His most recent album, “Marc Anthony 3.0”, released in 2013, earned him ten Billboard Latin Awards and a Latin Grammy nomination, among other recognitions.

Since then he has made several collaborations with artists like Alejandro Sanz (“Let me kiss you”), Gente de Zona (“La gozadera” and “Traidora”), or Maluma (“Happy the 4”), in addition to Juan Gabriel or Jennifer López.