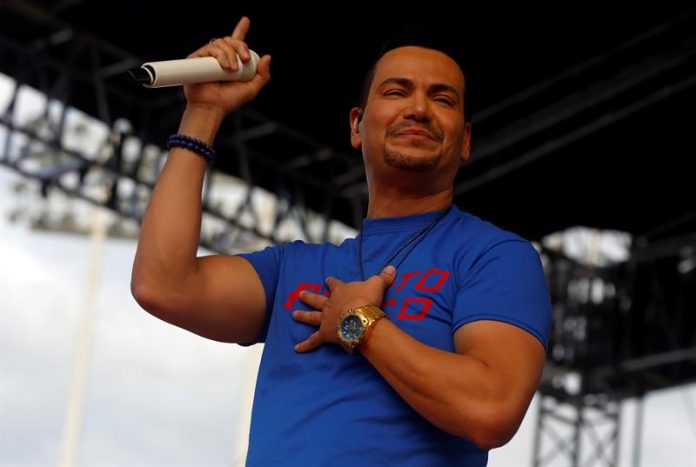 The Puerto Rican salsa singer Víctor Manuelle will receive the special Icon Award in the sixth edition of the La Musa Awards, which the Hall of Fame of Latin Composers (LSHOF) will deliver in Miami on October 18.

The LSHOF today announced this recognition to Víctor Manuelle, whom he considers an “inspiration” and an icon of tropical and Latin music.

“This award not only recognizes the depth and duration of my career as an interpreter and composer, but also honors all the creativity that was involved in writing and producing my music with the world’s brightest collaborators, musicians and singers,” he said. singer-songwriter in an LSHOF statement.

This institution recognizes “Victor’s pioneering musical career and contribution, breaking records in the tropical and Latin music genre for more than two decades.”

LSHOF recalled that only the Spanish Alejandro Sanz and the Colombian Carlos Vives have been awarded this award, in 2014 and 2017, respectively.
“I am truly honored and grateful for the Musa Awards and even more grateful to my fans who have loved me and my music for more than 25 years,” said the singer.

The musicians and founders of LHSOF, Desmond Child and Rudy Pérez, indicated that it is a privilege to honor Víctor Manuelle for “his outstanding and impeccable career”.

At the ceremony, to be held at the James L. Knight Center in Miami, tribute to the Spanish singer Raphael with the special award “Legend In Life” will be paid tribute to the Mexican Gloria Trevi, the Cuban Chucho Valdés, the Ecuadorian Carlos Rubio Infante and Venezuelan Fernando Osorio, who will enter the Hall of Fame of Latin Composers.

The mission of LSHOF is to educate, honor and celebrate the life and music of the greatest composers of the Latin music industry and thus inspire new generations of musical artists through master classes workshops, scholarships and digital initiatives.