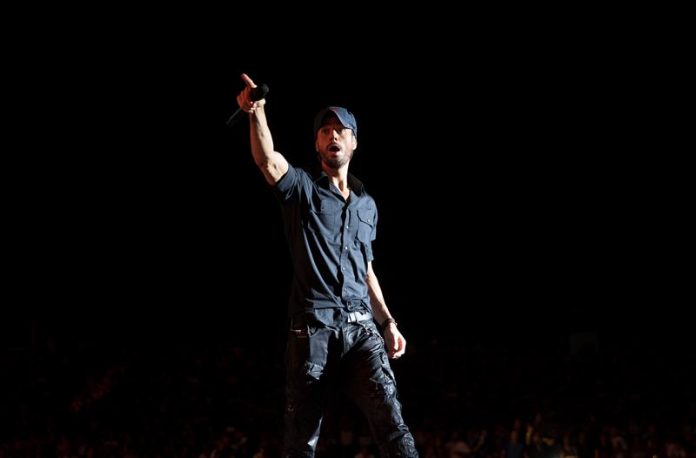 Spanish singer Enrique Iglesias acknowledged today that, although he continues to enjoy his tours, it is becoming difficult for him to go on a trip since his twins, Lucy and Nicholas, were born in December 2017.

“Now that I have children, that I have babies, it costs me a lot, a little, to travel,” said Iglesias, 43, in an interview with the program Un nuevo día, on the Telemundo network.

Although he seemed to be hesitant about the importance of continuing to turn after becoming a father on December 16, 2017, the Spaniard had no qualms about recognizing that, as in families with young children, “everything revolves around them”.

Despite the nostalgia he feels when he is away from his family, Iglesias has already scheduled several concerts away from his home in Miami for the last few months, and between September 30 and November 11 he will perform in Ukraine, Ireland, England, Bulgaria, Belgium, Holland and France.

The singer-songwriter, who will give two concerts at the Caesar Palace theater in Las Vegas (USA) on September 15 and 16, within the framework of the celebrations of the Mexican Independence in the city, assured that he still calls attention the enthusiasm of his followers.

“I’m still surprised that someone wants to touch me, that someone waits at a hotel for an hour, a day, to see me, to take a picture with me, to give me a kiss,” he said.

That is why, he explained, he is so close to the audience, mostly female audience, during the concerts. “It moves me a lot,” he stressed to explain that it is one of the things that have not changed since 1995, when he came out on the public stage with his song “Experiencia religiosa”.

Neither has he calmed down “the fear of failure”, although he affirms that nowadays he sees it as something positive. “I enjoy failure, it feeds me”.

And is that the son of Julio Iglesias said that it gives “more desire to keep fighting and continue to search for that song” that is special.

In that sense, he indicated that, although “I listen to the opinions of others”, his main beacon is his own opinion and intuition, because others can “confuse” him.

“I prefer that the mistakes, if any, be mine alone” and reiterated that one of the collaborators with whom he enjoys working most is Pitbull, with whom he has released some of his main successes, among them the recent “Move to Miami”.