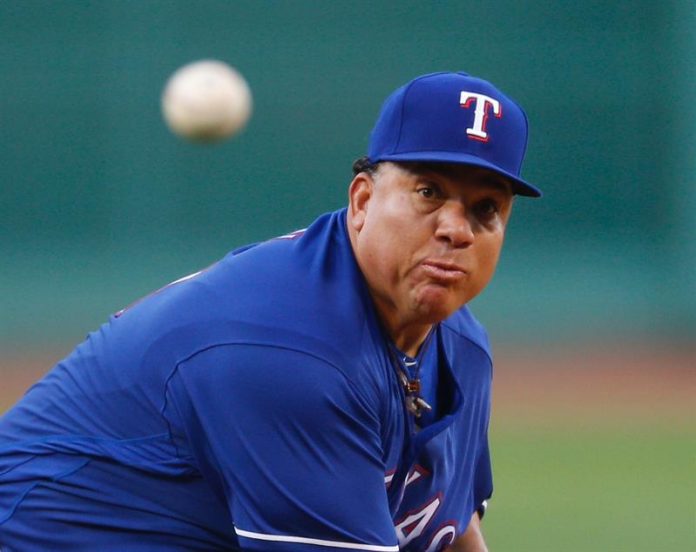 Puerto Plata, R.D.-For having become the Latin American pitcher to get the most victories for a Latino pitcher in organized baseball in the United States, the native Altamira pitcher Bartolo Colon must be recognized in the Senate of the Dominican Republic.

Faced with this achievement, the senator of the Modern Revolutionary Party (PRM), José Ignacio Paliza Nouel, has submitted a motion to the Upper House in order to have his classmates pondered and approved.

The representative of the Puerto Plata province in the Upper House states that right-handed pitcher Bartolo Colon, now of the Texas Rangers, believes that because of his achievements in demanding Major League Baseball, he deserves such recognition as he has set the high name of the Dominican Republic.

Paliza Nouel, presented before the Senate of the Dominican Republic the draft resolution that gives recognition to veteran Dominican pitcher Bartolo Colón.

The legislator who holds at the national level the presidency of the opposition Revolutionary Modern Party (PRM), indicates that Columbus, due to his persistence and quality exhibited in two decades in professional baseball, became the Latin pitcher with the most games won in the Major Leagues.

“It is a pride for us as a puertoplateño and therefore for the entire Dominican Republic, for the achievements of pitcher Bartolo Colón in the Major Leagues since he also won the American League Cy Young Award in 2015,” said Paliza.

The right launcher was born in the town of Altamira, San Felipe Province of Puerto Plata, on May 24 of the year 1973 and at 45 continues throwing primores.
It is to be expected that the Senate of the Dominican Republic approves the motion of Paliza Nouel for the great pitcher.