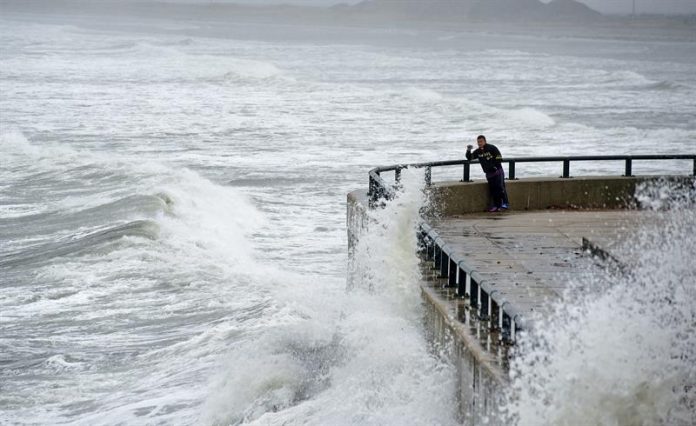 The National Hurricane Center (NHC) of the USA Hurricane Florence is expected to reach Category 3 again today while approaching Las Carolinas, in the southeast of the country, while Cyclones Helene and Isaac continue to strengthen in the Atlantic.

Scientists at the NHC, based in Miami, predict that Florence “will become a major hurricane (3) this morning” and “will remain an extremely dangerous cyclone until next Thursday.”

This system is located 625 miles (1,005 kilometers) southeast of Bermuda and 535 miles (860 kilometers) north-northeast of the north of the Leeward Islands (Lesser Antilles), the NHC noted in its most recent bulletin.

Meanwhile, hurricanes Helene and Isaac continue their advance through Atlantic waters.
Category 1 hurricane Helen has maximum sustained winds of 85 miles per hour (140 km / h) and is about 305 miles (485 kilometers) southwest of the Cape Verde Islands (Africa).

It moves west-northwest with a speed of 17 miles per hour (28 km (h)) and is expected to “resume its strengthening today and then, starting on Wednesday, begin to weaken.”

The other cyclone in the sights of meteorologists is Isaac, category 1 also, formed last Saturday in the middle of the Atlantic, which carries maximum sustained winds of 75 miles per hour (120 km / h).

It moves westward and is about 1,230 miles (1,985 kilometers) east of the Windward Islands and is expected to move “through the Lesser Antilles and eastern Caribbean on Thursday.”

NHC experts detailed that Isaac “will have an additional strengthening in the next 48 hours” and, from the middle of this week, while approaching the Lesser Antilles, will weaken.

On August 9, US meteorologists predicted a season of hurricanes in the Atlantic by 60% below normal.

The forecast of the National Administration of Oceans and Atmosphere (NOAA) of that country foresees five hurricanes in the Atlantic basin and only one of them of the most destructive categories.

In the current hurricane season in the Atlantic, nine tropical storms have formed, of which Beryl, Chris, Helen, Isaac and Florence became hurricanes, the last major category.