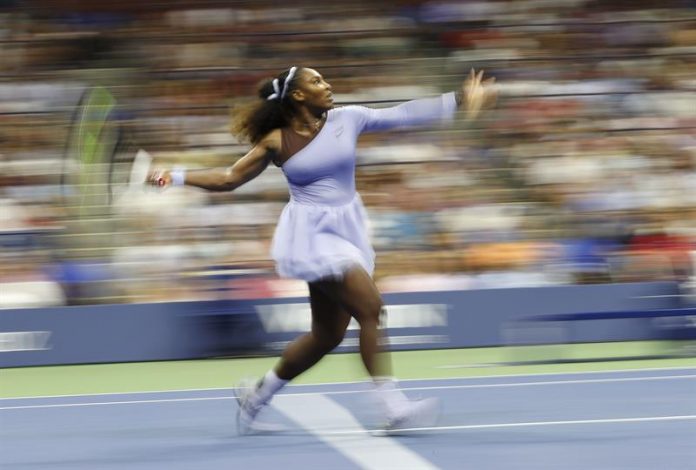 Another final, the ninth in the US Open, for the best tennis player in the world, the local Serena Williams, who this Saturday will have as rival the Japanese Naomi Osaka, 16 years younger, who will play her first in a Grand Slam tournament.

The match has already been framed as a “classic” duel of generations within the world women’s tennis, something that has been repeated constantly since the youngest of the Williams sisters became the owner of the professional circuit, and that in the end always falls from his side.

No less than 31 Grand Slam finals to his credit, more than the legendary Swiss Roger Federer, with 23 champion titles, including six in the tracks of Flushing Meadows, the last achieved in the 2015 edition and the first in the 1999 .

Since then Serena has built a complete domain in the professional circuit of women’s tennis, which saw cut when she decided to become a mother and missed the entire competition of 2017.

But having eliminated the Latvian Anastasija Sevastova, Williams warned that the best of his tennis was still to come and was motivated more than ever to continue beating brands and getting titles.

At the moment, it is now within his reach to tie the mark of the 24 Grand Slam titles that the legendary Australian Margaret Court won.

“It’s no secret that I have all the illusion of achieving the maximum goals within tennis and now I feel with a special illusion because I am convinced that I still have many new things to offer,” said Williams.

For more than two decades, Williams has evolved from an effervescent teenager in braids to winning the US Open at age 17, a role model as an African-American athlete, the spokesperson for working mothers everywhere, and close to fulfilling 37 years is also an example of longevity and perseverance.

Opposite in the fight for the title she will have Osaka, a great admirer of her tennis and who always wanted to imitate her since she started practicing the sport of tennis.

“It has always been my inspiration and playing the final against Serena means a lot to me, regardless of seeing my big dream come true,” said Osaka, who has also made history by being the first Japanese tennis player to compete in the Open final. United States and a Grand Slam tournament.

The big question that arises in the generational duel that is going to live in the central court Arthur Ashe Stadium of Flushing Meodows is if Williams, the great champion, will be able to overcome the young girl who since childhood has her as her “idol” .

Nobody questions that Williams is a player far superior to Osaka, with great difference in all levels, from the experience in this type of matches to the physical power that has been deployed since the tournament began in Flushing Meadows.

Hence, Williams somehow admitted that if before the start of the tournament he was told that in the last two games his rivals were going to be Sevastova and Osaka, he would have signed it immediately.

Osaka’s only chance to win will be if his tennis prevails from the back of the court and forces Williams to commit too many unforced errors.

Otherwise tomorrow’s game, Saturday, will not be the hardest game that Williams will play in a Grand Slam final, and more if he maintains a strong and safe service as he has had so far in the tournament.

Williams leads the tournament with 64 aces and has won almost 80 percent of the points in his first serve in the previous six games.

While Serena’s physical condition (and her serve) were two big factors in her return, especially in her only match against Osaka in Miami, her game in New York has shown improvements in both areas.

In addition Serena will also have the full support of New York fans who are eager to see her crowned again as “Queen” of Flushing Meadows, while Osaka may begin to prepare to assault her reign in the coming years.

Both finalists have not given anything more than a set in the six games played.