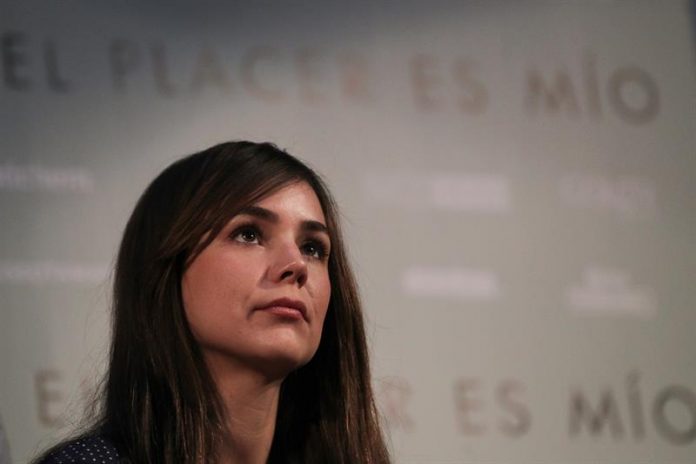 The Mexican actress Camila Sodi, who in the new series “False identity” gets into the skin of a brave and very suffering mother who is the victim of male abuse, said in an interview with Efe that motherhood is something of “much instinct” and “very animal”.

“I think that any mom can tell you, the first and the last are your children, there’s nothing you would not do for them, it’s a bit like animal, having children is that: it’s a lot of instinct, it’s very animal,” she said. the actress (Mexico City, 1986).

Mother of a boy and a girl born of the relationship she had with the Mexican singer Diego Luna, Sodi stars with Luis Ernesto Franco in the TV series “Falsa identidad”, which will premiere on September 11 in the United States on the Telemundo network .

After a 2017 in which she stood out on the big screen with films like “Camino a Marte” or “Cómo cortado a tu patán”, the artist has turned this year in her television career, a medium in which she has been able to form part of the huge and surprising phenomenon of “Luis Miguel, the series”.

“A ‘boom.’ Never in my life had it happened that I came to my friend’s house and grandma stopped (stood up) from her room and came to tell me she was very excited, what was going to happen,” she commented with a smile.

“I had never experienced the fury of a television show as an actress, never,” he added.
In “False Identity”, Sodi plays the role of Isabel, a woman married from a young age with a singer who mistreats her.

Concerned about the life and well-being of her two children, Isabel escapes with them and tries to start a new life under a false identity with Diego (Luis Ernesto Franco), who also wants to make a clean slate because of his difficult relations with the world of drug trafficking and crime.

Sodi stressed that part of the appeal of the series is to see two people, a mother desperate and ready for everything for their children and a mysterious man with a dark record, who try to “flee from their past” together despite having nothing in common.

“My character is outside the world in which the character of ‘Güero’ lives (Luis Ernesto Franco), which is a little more underworld, below, I do not know, this girl tries to raise everyone’s time all the time. what we women do, that we are always trying to help, as very motherly, “he argued.

On the other hand, the actress defined as “a success” that “False identity” show and denounce on television the mistreatment of women and sexist violence.

“It’s a bit taboo subject, and I also think that there are many judgments on how the women who are living it deal with it, there are women who are living it but they do not know how to get out there, they have no other option. to leave this person who is hurting them and then maybe they come back in some half sick, half Stockholm syndrome, “he said.

And although in “False identity” appears through fiction, Sodi trusted that the series contributes to more talk about this issue in society.

“When people suddenly see things on television or in the movies, then they talk to them at the table, and that’s what I found important: that it’s not right to normalize the abuse of women. year and the previous one in Hollywood with the ‘Me Too’ movement and that permeated all the guilds, not just the actors, “he concluded.