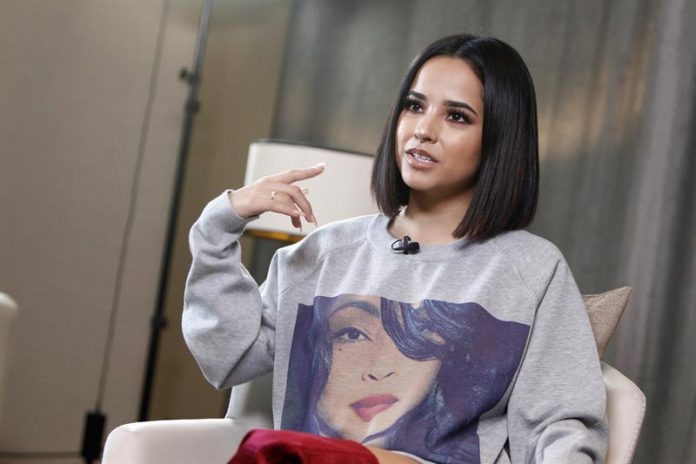 The music industry in Spanish still has a lot of work to do to ensure gender equity and offer a fair playing field for women, both on stage and in all technical aspects of production, said artists and executives from the sector. .

“It’s clear that Latin music is dominated by male artists,” said Sulinna Ong, global vice president of marketing for the “streaming” platform Deezer, during a conference in Miami by Women in Music. WIM), the non-profit organization that promotes women in the musical arts.

“In recent years, women have been promoted as collaborations, but until then (management) has arrived in most cases,” said the executive of Deezer in the Miami chapter, opened for the first time at the end of last year. and now reconvened.

In conversation with Efe after his intervention at the event, Ong stressed that “there is a lot of female talent in the region, but it is necessary that their music be developed and exposed to the audience, who are hungry for different voices and varied genres”.

One of the participants of this year’s Deezer Next initiative that promotes the work of “promising artists”, the Chilean singer-songwriter Javiera Mena, stressed that “in the last two years there has been a visible effort in the industry to promote female talent in a new way. “

“With the help of social networks, we are seeing more and more powerful women, who are not only to look beautiful on stage, but also (they) know how to compose, they know what is happening in the studio with their music and they know how to sing” said Mena.

The participants in the conference, in their vast majority of Spanish speaking, agreed that the war to make the industry more balanced will be long, but that in the music market in Spanish they have begun to “win small battles”.

As an example, they mentioned the successes of the Dominican singer Natti Natasha, the American singer Becky G; the Mexican Sofía Reyes and the Colombian Karol G, in addition to the force that women baladistas like the Puerto Rican Kany García and Raquel Sofía are taking, along with other representatives of alternative music such as the Chilean Mon Laferte.

With the goal of paving the way for gender equity, Deezer has incorporated music into Spanish in his annual Deezer Next series. It is an initiative to spread the work of new “promising artists”.

The chosen ones have to be accommodated within a strict but simple criterion: That they make good music and that they have both men and women.

The artists selected for Deezer Next this year are, in addition to the Chilean Mena, Colombians Irie Kingz (a duo of brothers of both sexes); his compatriots Greeicy Rendón and Mike Bahía; the Puerto Ricans Brytiago and Justin Quiles, plus the Spaniards L.A., Marta Soto and El Kanka.

For Olivia and Yayo, Irie Kingz, it is important that the public itself fight for the desired balance.

“Not only to open opportunities for women in music,” Oliva said. “The balance between men and women will benefit everyone.”

“I see it as it happens with our music,” said the young man from the island of San Andrés, located in the Colombian Caribbean. “My sister and I have very different sounds, but when we join we complement each other and everything flows better,” he said.

Participants agreed that space is also opening up in the international audience for other genres of Hispanic music, “beyond reggaeton.”

“There is interest in native sounds,” said the executive of Deezer, who also said that this is another feature of Deezer Next in Spanish, where exponents of electropop music, salsa, reggae, are welcomed. pop and where flamenco influences are perceived.

The website of the organization Women in Music emphasizes that its “seminars, panels, exhibitions, awards for achievements and youth initiatives celebrate the female contribution to the world of music and strengthen community ties.”