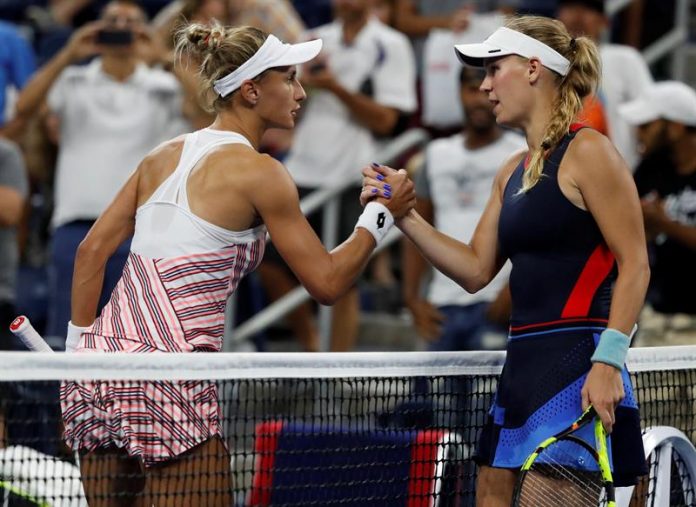 The Ukrainian Lesia Tsurenko, 42 of the world, gave the great surprise in the fourth day of the women’s competition of the United States Open by beating by 6-4 and 6-2 to the Danish Caroline Wozniacki, second seed.

The match, which was played on the Louis Armstrong track, lasted one hour and 41 minutes, and Tsurenko, who was facing Wozniacki for the second time, was the best from start to finish, despite committing seven double faults, get to tie 1-1 between the two.

Tsurenko, 29, who plays her seventh US Open, scored 19 winning shots with 38 unforced errors, compared to 6 and 35, respectively, by Wozniacki, the current Australian Open champion, who was her worst enemy. .

Tsurenko’s opponent in the third round will be the Czech Katerina Siniakova, who beat the Australian Ajla Tomljanovic 6-3, 6-7 (3) and 7-6 (4).

With the elimination of Wozniacki, the last Grand Slam tournament of the season was without the first two favorites after the number one in the world, the Romanian Simona Halep, was eliminated in the opening session against Estonian Kaia Kanepi, who is already Ranked to the third round.