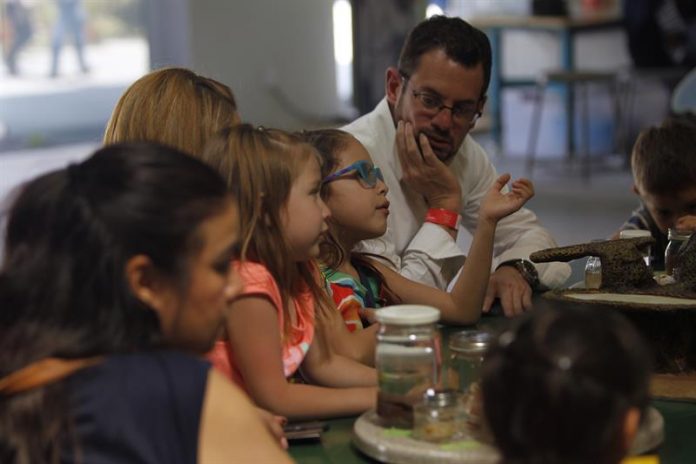 Hyperpaternity, a term that describes parents who overprotect their children and try to be good at everything, can generate insecure adults or self-demanding levels that do not allow them to develop their affective and social, alerted today a specialist.

In a statement, Mariana Gutiérrez Lara, an academic at the Faculty of Psychology of the National Autonomous University of Mexico (UNAM), said that this is not linked to the number of children, but to the way parenting is conceptualized.

It also has to do with the context of parents, because if they are very competitive they will try to generate in their children multiple talents; consequently, “they will have them in an inadequate amount of activities,” explained the psychologist.

He explained that this type of parents come to intercede in all areas of their children’s lives, preventing them from developing social skills.

He added that in hyperpaternity, parents are controlling people and they like to decide for others, so when they have children they find another element in which to dump those characteristics.

“Self-demanding and bossy parents are good with a child with whom they can do their will fully, they take him to various activities so that he learns everything, without realizing that this situation not only has consequences for the child, but for themselves because it will never be enough, “he explained.

He pointed out that, erroneously, they think that children must know how to do many things because they will be better prepared for life.

“Seen like that, it would not be a bad idea, however, any behavior led to excess becomes dysfunctional,” he said.

Gutiérrez Lara said it’s okay for children to learn some sport or develop artistic skills, but insisted that parents should ask themselves why they want them to learn that.

“To compete, so that they can express their emotions in different areas, so that they find an outlet or possibilities to regulate themselves, if it is done with the purpose of being perfect, it will not happen,” he stressed.

He said that before this type of upbringing, the response of a child will depend on his temperament.

If he is calm or withdrawn, he may experience fears, isolation and eventually aggressiveness, anger and intolerance for feeling overwhelmed, ending up not responding so they do not continue to force him.

If he is strong, active and over-stimulated, he may initially have performance and not complain, then the parents will continue to force him.

However, you run the risk of becoming overly self-demanding, to such a degree that you do not feel comfortable when you do not win or realize you do not know everything.

On the other hand, it may happen that he prefers competition to collaboration, having problems of socialization.

He pointed out that parents should understand that each child is particular and, therefore, the treatment can not be the same.

“It is recommended that they talk about their emotions and generate an atmosphere of trust that allows them to express their feelings, in this way, they can find joint solutions so that parents are not the ones who make the decisions,” he said.

It is also recommended to observe children carefully to identify their qualities and talents, but above all, their temperament.

In addition, they should be allowed to explore, release them little by little and see how they react, and through example show them that they are able to solve their problems and regulate their emotions for themselves, he concluded.