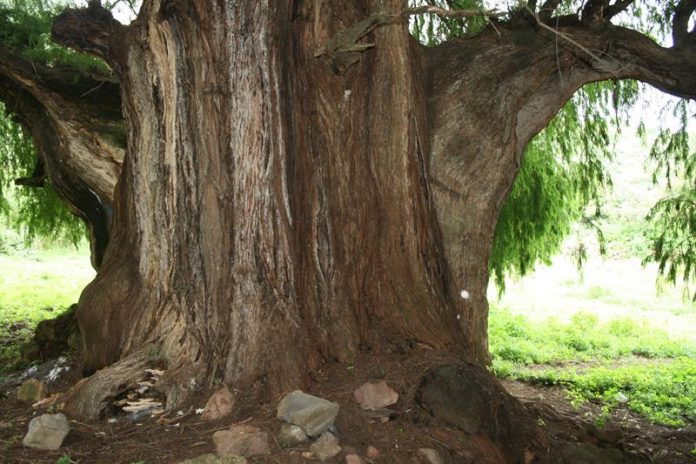 Mexican trees are aging, which has an impact on their ability to mitigate climate change by absorbing less carbon dioxide, the president of the Board of Directors of the Mexican Network of Rural Peasant Organizations (Red Mocaf), Gustavo Sánchez.

Sanchez said that a large part of the forests of the Mexican capital are already “dead on their feet”, are not sustainable and become more vulnerable to disease.

It is estimated that 70% of the trees in Mexico City have pests, 60% are at risk of dying, and 9% are dead, according to data provided by the National Forestry Commission (Conafor).

In turn, the biologist Gerardo Ceballos, of the Institute of Ecology of the National Autonomous University of Mexico (UNAM), told Efe that due to high pollution rates, a large part of the trees in the Valley of Mexico die very young or, once maturity is reached, their life shortens to just 20 years when they could live up to 80.

Ceballos explained that various actions can be taken to change this reality, such as keeping the trees more predisposed to die from the most traveled routes.

Another option is to plant trees that are more resistant to contamination, a measure that the biologist considered little applied due to the lack of official resources.

According to the National Council of Science and Technology (Conacyt), an adult tree absorbs about 3,000 liters of water per year and captures about 28 kilograms of carbon dioxide (CO2).

According to data from the UNAM, 25 trees are required to offset the emissions of a car.

With respect to water, an adult tree manages to infiltrate 1,217 gallons of rainwater into the subsoil, capacities that decrease as the trees surpass 70 years of age.

For his part, the treasurer of the Indigenous Tourism Network of Mexico, José Antonio Medina, told Efe that the responsibility of conserving forests belongs to everyone, from businessmen and academics to governments.

“The trees in our forests are at a mature age and in the process of being old,” he said, adding that, therefore, it is necessary to apply reforestation processes with proper management that allows new generations of individuals to replace veterans.

In this sense, he suggested that, in order to have a better management of the Protected Natural Areas (ANP), and that the indigenous communities with extensive knowledge of the forests lead the efforts. And it is that, as indicated, of the 182 ANP that the country has, none is directed by indigenous people, who are “relegated” to the workforce.

Another phenomenon that stalks the trees is the one reported by the study “Climate change suggests geographical changes in the range of species”, carried out by researchers from the Wake Forest University of the United States.

The research affirmed that the climatic change causes the mobility not only of the fauna, but also of the flora, in this case the diverse species of trees.

Over a four-year period, the trees have been migrating to the mountains at an average rate of 2.4 meters per year, said the work, published in the scientific journal Nature in 2010, with a continuation in 2014.

The seeds are taking root in soils that are higher than usual, because the new climatic conditions and the soil prevent them from being present in the places where they were previously located permanently.

Another singular case for the trees happens in the Mexican state of Michoacán, in the municipality of Salvador Escalante, where an unprecedented phenomenon is presented that has confused the comuneros: the oyamel trees of the area are sterile; that is, they do not produce seeds to reproduce.