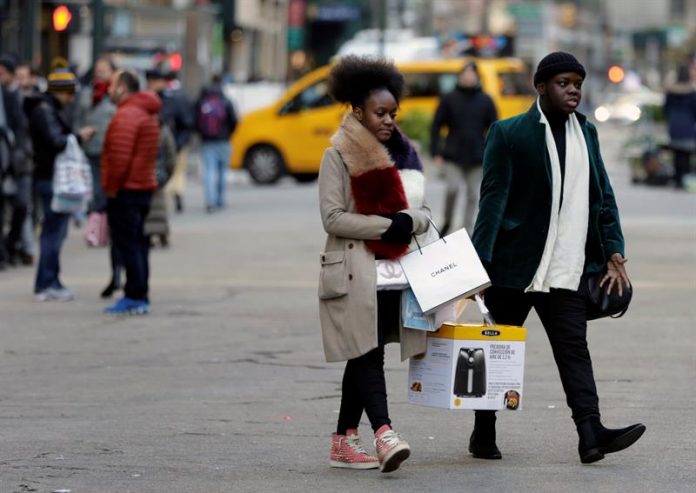 Consumer spending in the United States grew a solid 0.4% in July, while personal income rose 0.3%, the Commerce Department reported today.

This increase is the same as that registered last month and coincides with the expectations of the sector’s experts.

The July data continue to support optimism about the progress of the US economy, since consumer spending represents more than two thirds of the country’s gross domestic product (GDP) and is considered the true engine of the economy.

On the other hand, the personal savings rate, measured in relation to disposable income, stood at 6.7%, slightly lower than the 6.8% of the previous month.

The national economy maintained its solidity in the seventh month of the year, driven by the fiscal reform approved in December and the strength of the labor market, which in July closed with 3.9% unemployment, the lowest level since 2000.

The country’s economic growth advanced at an annual rate of 4.2% in the second quarter of 2018, the highest rate since 2014, according to data from the Department of Commerce released on Wednesday.