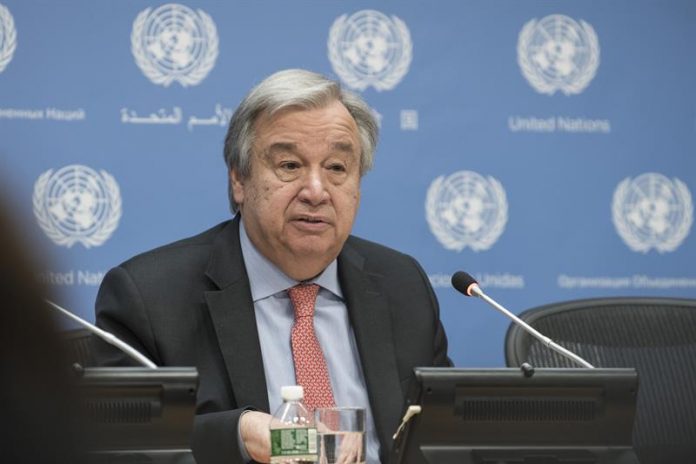 The UN Secretary General, António Guterres, considered it “essential” that those responsible for the crimes committed against the Rohingya minority in Burma be held accountable.

Guterres reacted thus through his spokesman, Stéphane Dujarric, to a report elaborated by investigators of the United Nations, that have confirmed elements of “intentional genocide” on the part of the Burmese Armed Forces.

Experts have recommended that the case be taken to the International Criminal Court (ICC) or be tried by an international tribunal “ad hoc”.

Guterres urged all the organs of the UN and the whole international community to “seriously” consider the report and its recommendations.

The Portuguese diplomat is scheduled to speak on Tuesday at a meeting on Burma already planned earlier in the United Nations Security Council, which is the one who would have the capacity to refer the matter to the ICC.

Although he did not want to advance anything of the message, the spokesman of Guerres remembered that the general secretary has spoken clearly of the “violations of the human rights” in the country and that has asked for rendering of accounts.

For Guterres, that process is “essential for genuine reconciliation among all ethnic groups.”

The head of the United Nations has referred in the past to military actions against the Rohingya as an “ethnic cleansing”.

The crisis in the Burmese state of Rakáin started a year ago, after an attack by insurgents of the Salvation Army Rohinyá de Arakan (ARSA) against police and military posts in the area that caused more than a hundred deaths (mostly guerrillas) .

The military campaign launched in response left many dead and forced some 725,000 rohinyas to flee to neighboring Bangladesh.

Hard hit for the Cup: Malta Altus Challenge withdraws from the competition