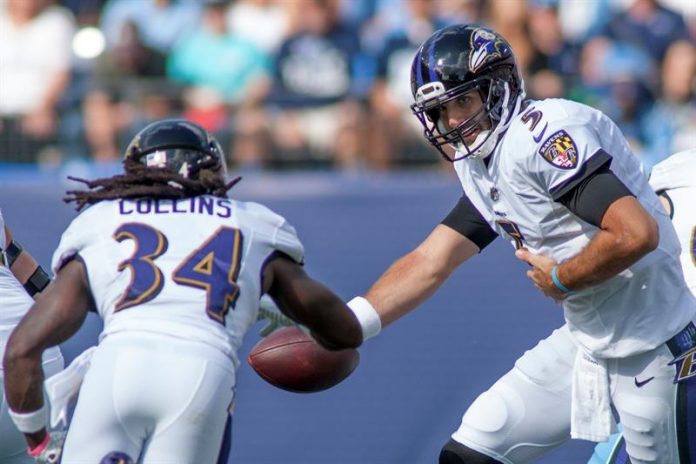 Quarterbacks Joe Flacco and Lamar Jackson each gave a scoring pass that helped the Baltimore Ravens beat home 19-20 at the Indianapolis Colts that saw the return of their star pass Andrew Luck.

Flacco threw a touchdown pass in the first half and Jackson added another with which the Ravens embittered Luck’s comeback against Colts fans in the preseason game of the National Football League (NFL) played at Lucas Oil Stadium before 60,576 spectators.

The Ravens star quarterback looked accurate, completing 7 of 9 passes for 72 yards before leaving the field.

Jackson then showed flashes of what helped him win the Heisman Trophy in 2016.

Reserve quarterback completed 7 of 15 attempts for 49 yards and hauled the ball four times for 26 yards before giving way to another Heisman winner, Robert Griffin III, in the fourth quarter.

But the Colts fans wanted to see what Luck would do after a solid presentation in his preseason opening visit to the Seattle Seahawks.

This time, Luck had a difficult night. He threw an interception before getting his first full pass, received a hard hit from Terrell Suggs in the first of two sacks, and only led the Colts to a scoring drive, preparing a field goal from veteran kicker Adam Vinatieri, 45 old, from 57 yards.

Luck completed 6 of 13 submissions for 50 yards and 24.5 for passer rating.
The Colts (1-1) squandered one red zone opportunity in Luck’s interception and another when they delivered the ball in attempts at the Ravens 3-yard line in the third period.

The Indianapolis team got their first touchdown when Jordan Wilkins’ loose ball fell to wide receiver Chester Rogers in the end zone.

After the fumble recovered by lineman Tarell Basham at the Ravens 9-yard led to the scoring pass of reserve quarterback Phillip Walker for wide receiver Zach Pascal with 2:24 left, giving the Colts the possibility of tracing, Walker was stopped before getting the conversion of 2 points in a carry.

The Baltimore team recovered the short kick to seal the result.

Flacco gave the Ravens a 3-7 lead early in the second period when he found wide receiver John Brown for a 7-yard touchdown.

After the Colts put him 7-10 on Rogers’ unlikely score, Jackson drove a hasty run to perfection towards the end of the first half, culminating in Justin Tucker’s field goal from 38 yards with 2 seconds left .

The Ravens’ quarterback took advantage again after Colts rookie Nyheim Hines lost the ball on the kickoff that opened the second half.

Five plays later, Jackson connected with wide receiver Chris Moore on a 7-yard touchdown pass to leave the score at 10-17, an advantage the Ravens never lost the rest of the way.