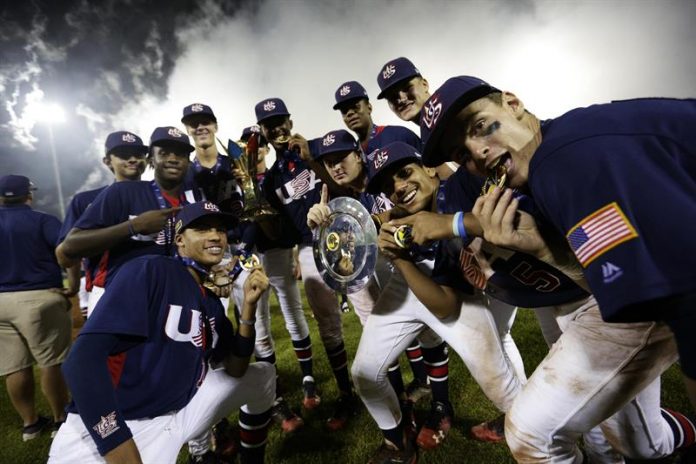 The United States today defeated 7 races by 1 to Panama in the final of the IV World Cup of Baseball sub 15, organized by the World Baseball and Softball Confederation (WBSC), to become the new world champion of the category.

The Americans looked solid from the beginning of the tournament, only having one defeat and linking 9 wins in what was the championship, which ended today at the Kenny Serracín stadium in David, Chiriqui, province of the Panamanian West.

The only defeat of the Americans was against the cast of Taiwan, which today was left with the bronze by defeating Japan 6 races by 3.

The Panamanians only had two setbacks throughout the tournament, and they were against the United States.

Today, in the final, the new champion only had one episode to take advantage and sail in calm waters towards his first World Championship in the under 15 category of the WBSC.

The Americans took advantage of the lack of control of Panamanian starter Joaquín Tejada and reliever Rance Pinilla to make six runs in the first section and take the lead they were not going to let go.

Tejada started the game by giving tickets to Davis Díaz and Cody Schrier, action that made him jump from the duel and reach the Rance Pinilla hill. Seguido Díaz would step on the register with an unstoppable Brady House.

Luke Leto came on base on balls and Josh Hartle, the rested batter of the Americans, with unstoppable right field, towed the house to Schrier, House and Leto, to put the actions 4 for 0.

Hartle would arrive at second by blinking of the left gardener of Panama. The fifth and sixth races entered the legs of Hartle and Ryan Spikes.

Pinilla jumped in this same episode, to make way for Alexis Bernal, who was later relieved by Luis Sánchez.

Second and third episodes went blank for both novenas.
In the fourth inning the Panamanians sounded their first hit to American starter Andrew Painter and scored the only race.

Reginald Preciado opened with double the episode, to then score the only one of the troop of the Panamanians, on the low of that same input United States was going to expand the score with one more hairline.

In the fifth, sixth and seventh, the Panamanians did not respond to Painter’s dispatches, who finally won with five innings of work, allowed two hits, scored two runs and struck out five opponents.

The American starter came out on the high of the sixth to leave the game won and in the hands of Luke Leto, who closed the doors to the Panamanians, for the United States to celebrate in Panama its first under 15 championship.

The defeat was for Joaquin Tejada, the Panamanian starter, who did not take a third of the episode and allowed two runs, product of two hits.