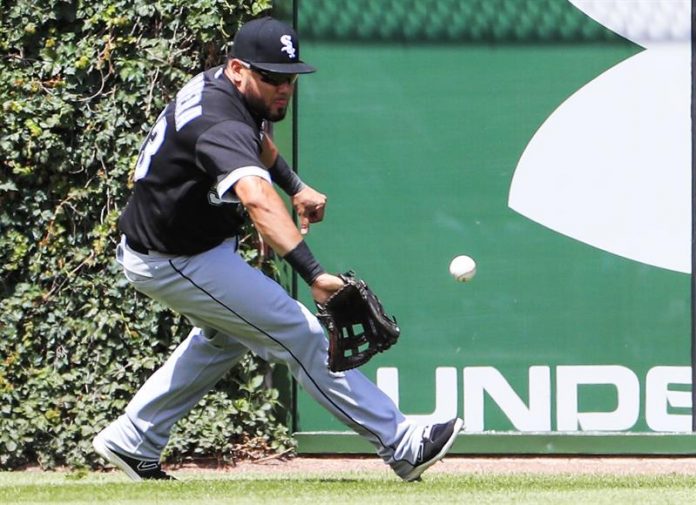 The Dominican baseball player Melky Cabrera wore explosive bat and hit grand slam to capture the spotlight in the Major Leagues during the Sunday and be the most prominent Latin American.

Cabrera (4) landed a grand slam for the Cleveland Indians, who whittled the Baltimore Orioles 8-0 and are getting closer to securing the AL Central title and the playoffs.

Cabrera’s hit with the bases filled came in the fourth inning when reliever Sean Gilmartin had the pads occupied.

Emerging Adam Frazier homered in the 11th and sealed the Pittsburgh Pirates’ 2-1 victory over the Chicago Cubs, for whom Báez scored.

Baez stole base in the opening episode of the game and became the first Cubs player to record at least 20 homers and 20 stolen bases since Corey Patterson made it in 2004.

The Puerto Rican has 25 homers, 89 RBIs and 20 steals, and leads the Cubs in those three categories.

The Venezuelan Eugenio Suarez and his compatriot shortstop Jose Peraza threw the ball out of the park and Dominican starter Luis Castillo worked over six innings in the Cincinnati Reds’ win by beating 11-4 over the San Francisco Giants.

Suarez’s homer was the twenty-seventh of the season and he sent the ball over the wall in the third round against Cuban-born starter Andrew Suarez, with a running back.

The Venezuelan, who went 5-2, and reached the 98 doubles as a professional, hit his first double since last August 7.

Peraza (8) threw it in the sixth inning, with a runner against reliever Ty Blach.
The victory was credited Castillo (7-10) in six innings and two thirds, accepted six hits and three runs.

Dominican opener Jose Ureña worked full route and led the victory of the Miami Marlins, who beat at home 1-12 to the Washington Nationals.

The Dominican faced 30 batters with 108 submissions, 71 of “strike” and left in 4.50 his average of effectiveness.

Marquez (11-9) accepted five hits, two runs, walked one base and retired five batters via the punch.

The Venezuelan won after facing 28 batters with 93 shipments, 64 perfect and left in 4.42 their effectiveness.

Chacin (13-4) allowed four hits and retired three batters on the way to claim victory to stay with 3.58 ERA.

Peralta (23) threw it in the third, solo bambinazo, on Brett Kennedy.
Puerto Rican Ranger Eddie Rosario (22) hit a home run in the eighth inning against reliever Alex Wilson and the Minnesota Twins beat the Detroit Tigers 5-4.

His compatriot, Ranger Enrique Hernandez, homered for the Los Angeles Dodgers, who beaten the Seattle Mariners 1-12 away from first place in the AL West.

Hernandez (18) punished in the sixth, alone, to hunt the work of relay Chasen Bradford.

Venezuelan second baseman Rougned Odor sent the ball into the street and the Texas Rangers beat the Angels 4-2 in Los Angeles.

Odor (15) connected in the seventh against the Hispanic relief Noé Ramírez, with two runners when there was one out in the episode.

His compatriot, Ranger Avisail Garcia kicked off home runs for the Chicago White Sox, which beat the Kansas City Royals 7-6.
Garcia (14) landed in the fourth with two outstanding running backs when catching the starter Heath Fillmyer’s serpentine, with no outs in the inning.

His compatriot, receiver Omar Narváez (6), threw it in the fourth inning, alone, also against Fillmyer.

Gurriel (8) connected in the third with two runners ahead against the serpentine of the opener Sean Manaea.

Venezuelan Ranger Marwin Gonzalez (11) also punished Pagán in the eighth, alone, when he had one out and helped the Astros win as leaders of the AL West.