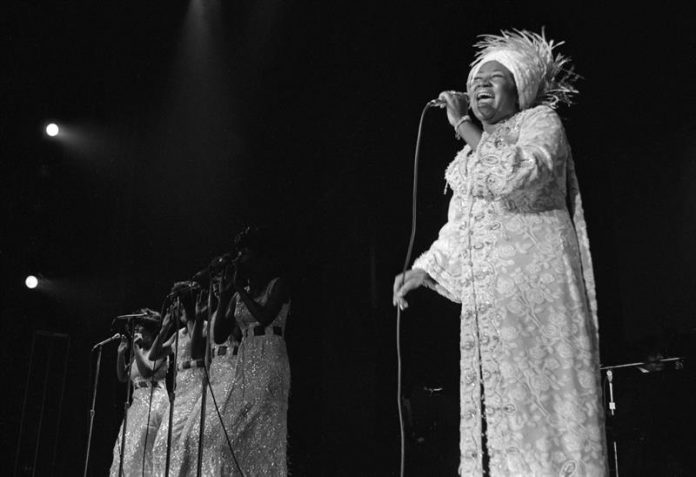 With the death of Aretha Franklin, who died on Thursday in Detroit, the ever shorter list of survivors of the golden age of soul is reduced, a genre whose energy and passion were at the service of the struggle for social demands and equality racial.

“The Queen of Soul,” who died at age 76 due to cancer, was one of the great living legends left from the explosion of this genre in the 1960s, a decade in which African-American artists adapted spirituality and the intensity of the gospel to take them to profane subjects and to take them out of the churches with a shout and with an irresistible sense of rhythm.

Pioneers and disappeared as Ray Charles or Sam Cooke paved the way for other long-suffering geniuses like James Brown or Otis Redding catapult the soul to the top of the charts.

But in addition to electrifying themes like “Shake” by Sam Cooke or romantic laments like “I’ve Been Loving You Too Long” by Redding, the soul was soaked by the civil rights movement that was touring the country with Martin Luther King Jr. demanding equality for the black population.

There were framed eternal songs like “A Change is Gonna Come” by Cooke, a hymn between optimistic and melancholic for the claims of African-Americans, or “Say It Loud, I’m Black & I’m Proud” by James Brown, in the one who “the godfather of soul” anticipated the funk of the seventies and shouted his pride for being black.

Before a very masculine world Aretha Franklin was also planted with her feminist and devastating version of “Respect”, a milestone of the genre.

Franklin, like Brown, was able to enjoy a long life and a recognized career, unlike Cooke, who lost his life at the age of 33 due to the shooting of a hotel concierge, or Redding, who died at the age of 26 and all future ahead when the plane in which he was traveling crashed.

As much sadness as I can give to soul lovers, the list of fallen heroes of the 60s expands tirelessly.

The powerful and deep voices of Etta James (“At Last”), Wilson Pickett (“In the Midnight Hour”) or Solomon Burke (“Everybody Needs Somebody to Love”) are already memories of the past.

Among the list of survivors include Stevie Wonder, the last genius of the label Motown and an indispensable figure of popular music, and Al Green, one of the finest and most expressive singers of soul, but who retired years ago.

However, and being precise, the greatest successes of these two artists came in the 70s.

Sly Stone resides at the age of 75, the emblematic leader of the Sly & the Family Stone group, which combined soul, funk, psychedelic rock and everything that was put at her fingertips.

In active, both on stage and in the studio, follows the inimitable Mavis Staples, from the gospel and soul group The Staple Singers.

And those who can afford a trip to Las Vegas in October or November can enjoy live Diana Ross, the famous vocalist emerged from the set The Supremes.

Tina Turner, Sam Moore of the duo Sam & Dave (authors of “Hold On! I’m Comin ‘”), Clarence Carter, Martha Reeves of Martha & the Vandellas or Gladys Knight of Gladys Knight & the Pips are other living talents belonging to the brightest years of soul.