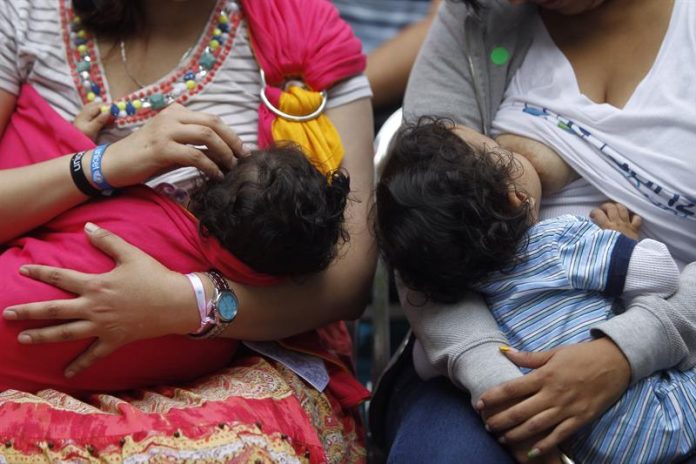 Mexican researchers from the Center for Research and Advanced Studies (Cinvestav) have found that the breast milk of Mexican women contains groups of bacteria that contribute to the health of the newborn.

In a statement, the agency reported today that the researchers found that these bacteria serve the baby throughout his life to prevent infections, as well as decrease their susceptibility to bacterial attacks.

Jaime García Mena, head of the Environmental Genomics Laboratory of the Department of Genetics and Molecular Biology at Cinvestav, who leads the research, said that it is not known at what moment the breast milk of Mexican women generates greater microbiological benefits “we only know that there is a variation.

The researcher Karina Corona Cervantes, member of the team, was in charge of carrying out the molecular analyzes and pointed out that “with these bacteria the baby will be in contact for the rest of his life”.

From the scientific point of view, breast milk is the most complete food that the baby can receive, not only nutritionally, but also contributes to the formation and maturity of the immune system thanks to the numerous substances that the mother transfers to it.

This food transits by three stages: in the first called colostrum presents a consistency and appearance different from mature milk, which occurs in the first five days.

The second, of transition, occurs during a period of approximately 10 days; and the third, of mature milk, is what the baby receives after a month.
In each of them, the concentration of its components varies between women and the baby’s needs.

“From the physical aspect, the milk extracted at different times of the day is not the same, at least its composition reveals variability and we are waiting to confirm these bacterial differences,” García Mena said.

Ingrid García González, a researcher who coordinates the study, said that the project as a whole consists of the characterization of the microbiota in the milk of Mexican mothers.

Its scientific interest is to know how the microbiota behaves in this extremely heterogeneous population from the ethnic point of view, because it is a mestizo population.

This microbiota seeks to know its diversity, the factors that modulate it and its behavior in different regions of the country due to intra- and inter-population variability described by scientific protocols in other countries.

The specialist said that many factors that intervene in the variation of breast milk, such as type of delivery, gestational age, diet, socioeconomic conditions and metabolic diseases that can influence the microbiota, have been described.

“In this sense we are interested in studying the microbiological components of milk and we are integrating a set of variables that we already know can be modulating factors of their microbiota: these are sociodemographic, anthropometric and clinical donors,” he said.