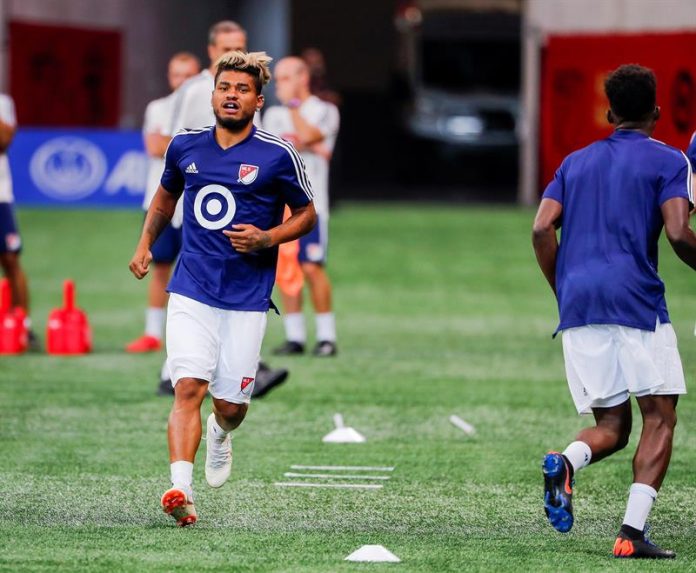 Nothing changed in the top positions of the respective Eastern and Western Conferences, where Atlanta United and FC Dallas remain outstanding leaders after concluding the twenty-fifth day of the United States Soccer Professional League (MLS).

Atlanta United, with Venezuelan striker Josef Martinez, who reached 27 goals in 25 games this season and tied for the MLS all-time record, beat the Columbus Crew 3-1 and remains the lone leader in East by adding 51 points, three more than the Red Bulls (48), seconds that drew a 2-2 draw against the Vancouver Whitecaps.

While the New York City fell to third place after losing 2-0 to the Union of Philadelphia (33), which is fifth and looking for a place in the playoffs.

The same as DC United, who achieved his third victory in a week in the matches played in his new field at Audi Field, this time by winning 2-0 at the New England Revolution and is eighth with 27 points.

While the protagonist of the day was Martinez, 26, who with his historic goal, scored at minute 31 of the first part, tied the mark previously achieved by Americans Roy Lassiter and Chris Wondolowski along with Englishman Bradly Wright-Phillips.

When there are still nine games to go before the end of the regular season, if Martinez, who has scored 13 goals in his last nine games, continues with the same goalscoring rhythm, he will be able to establish a new one that will last for decades.

“My goal is to overcome the mark, then I can say that I have achieved something great in the competition,” said Martinez. “When that has happened, then I will be happier than now because with 28 goals I will have reached a special goal.”

FC Dallas also maintained their leading role in the West by defeating Minnesota United 2-0 and getting 45 points, three more than Sporting Kansas City’s 42, who also won by a 3-0 win in front to the Portland Timbers (37 points), who lost the third consecutive game and are now sixth in the standings.

The LAFC team continued on the road to victory by winning 2-0 against the Rapids of Colorado and occupy third place in the standings with 42 points, the same as Sporting has.

One more day the big winners were the Sounders FC of Seattle that thrashed 5-0 to the decimated Los Angeles Galaxy that played as a visitor without their big stars like the Swedish striker Zlatan Ibrahimovic, who refused to play on an artificial grass lawn .

The Sounders FC play in the Century, the same as the Seattle Seahawks of the National Football League (NFL) that are already starting the regular season.

Despite the absence of Ibrahimovic, not that he did not travel with the team, and the injury losses of the French Romain Alessandrini and Michael Ciani, along with the brothers Giovani and Jonathan dos Santos, the four injured, the game was seen by 44,213 fans who came to the field to give their support to the Seattle team.

Peruvian striker Raul Ruidiaz scored his second goal since reaching the MLS and was the fifth of the Sounders FC with which they closed the victory, the sixth consecutive, the best record in the history of the team.

Now the Sounders FC have a 35-point mark that leaves them in seventh place in the Western Conference, just two of them in the list of the first six teams that have the right to play in the playoffs.

The big losers of the day were Houston’s Dynamo (27 points), who lost 2-1 to Real Salt Lake and Chicago Fire (23), lost 2-1 to Montreal Impact and both teams move away from the competition of the final phase.