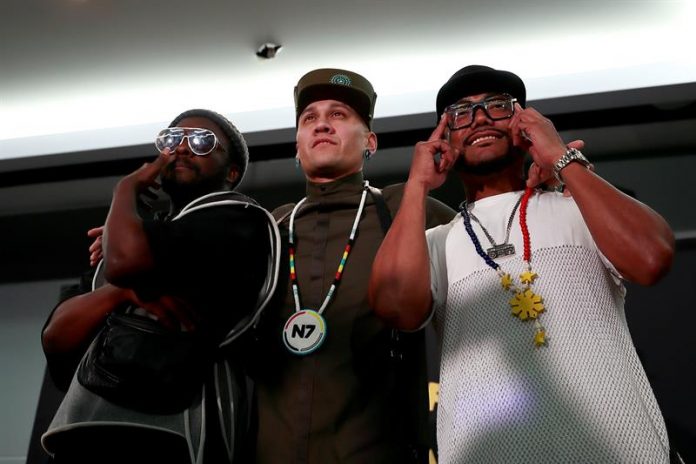 After having made millions of people dance with hits like “I Gotta Feeling” or “Let’s Get It Started”, the group The Black Eyed Peas recognized that they no longer seek to create songs that become great hits, but to make “music for the soul”.

“I think we did a good job making music for the masses, a really good job, but now we are being a bit selfish,” Will.i.am told a conference the group held in Mexico City, where they will offer their concert tomorrow. at the Pepsi Center.

The group – which once again became a trio, as in its origins, after the departure of vocalist Fergie – assured that they never sought fame, but rather grabbed elements of “underground” music and made them popular.

However, “the music we are doing now is for our soul, we are trying to make music for our hearts,” remarked Will.i.am.

“We know how to make party music, but also the one that follows the line of ‘Where is the love?'”, Added his partner Taboo, who said that songs like the latter have “a message behind”.

The Black Eyed Peas, who recently released the singles “Ring the alarm” and “Get it”, with a strong social burden, think to continue in this line: “Maybe not everyone understands it, but nothing happens”, said Taboo.

Questioned about how they see their survival in an industry currently dominated by urban rhythms, Will.i.am said that “before it was harder to have a presence, because the music scene was more diverse.”

In the decade of the 90s, when the group started, and in the early 2000s, “there were many styles of music on the radio”, and over the years the “underground” gained strength.

“Now you do not have that much diversity, you have the same style of music, because the algorithm is something so sophisticated that it tells the artist what to copy and follow,” the singer argued.

The difference is that “now you are competing with the whole world” because artists have easier to become known thanks to the internet, while before you competed with “diversity in the music industry”.

Asked about his opinion on reggaeton, Will.i.am stressed that he loves him for “how simple and expressive he is”, as well as because “everyone enjoys it”. In addition, “it is a recipe to succeed”.

For people with few resources – as, he stressed, they were the members of the group before they became famous – the rhythms of genres such as reggaeton, hip hop or rock can “change your life”, if you have the necessary creativity to work on them.

“That’s beautiful, that music gives people opportunities … Those who hate reggaeton or hip hop are not seeing the conditions of those people who want to escape from the harshest of society,” he argued.

They also celebrated the presence of Latin singers in the industry and how there has been a paradigm shift. For example -he pointed-, if “Despacito” by Luis Fonsi plays in a London bar “is no longer considered Latin music, but world music, before this was different”.

“The Latin Grammys are The Grammys now,” the singer stressed, while Apl.de.ap joked that “Latinos are taking control.”

The three members of the group also remembered the diva Aretha Franklin, who died today aged 76 due to pancreatic cancer.

“He inspired the whole world, generations, and his music will live,” said Will.i.am, while Taboo, a cancer survivor, remarked that the example of “the queen of soul” inspires him “to continue the fight” and work for a world where the cure for this disease is found.