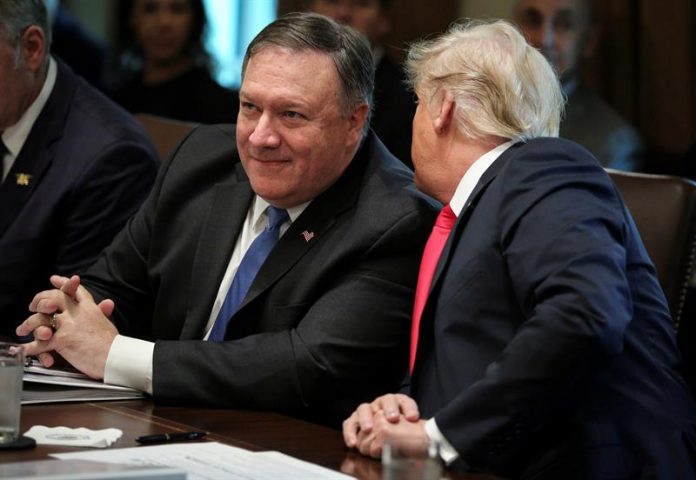 Secretary of State, Mike Pompeo, announced today the creation of an Action Group to coordinate the policy of his Government with Iran, which represents a new step in the campaign of pressure against the Persian country.

In a press conference, Pompeo explained that the Action Group will have the “responsibility to direct, review and coordinate” all the actions of the State Department on Iran.

“We are committed to a full government effort to change the behavior of the Iranian regime and the Action Group will ensure that the State Department is coordinating closely with our government agencies,” said Pompeo.

The group will be headed by Brian Hook, who is currently the director of political planning at the State Department and, from now on, will also hold the position of special representative for Iran.

Hook tried unsuccessfully to negotiate changes to the agreement signed in 2015 by Iran and the G5 + 1, made up of Russia, China, the United Kingdom, France, the United States and Germany.

As Hook failed to get European countries to alter the agreement, President Donald Trump announced on May 8 the withdrawal from the pact and the resumption of sanctions, which had been suspended in exchange for Iran allowing inspections at its nuclear facilities.

Since the agreement was signed, the International Atomic Energy Agency (IAEA) has certified on more than a dozen occasions that Iran has complied with its commitments, including uranium enrichment levels, but these reports were not enough for Washington.

USA it reimposed a first round of sanctions on Iran on August 7 and, on November 5, it will announce a second sanctions package, which includes restrictions on the sale of oil.