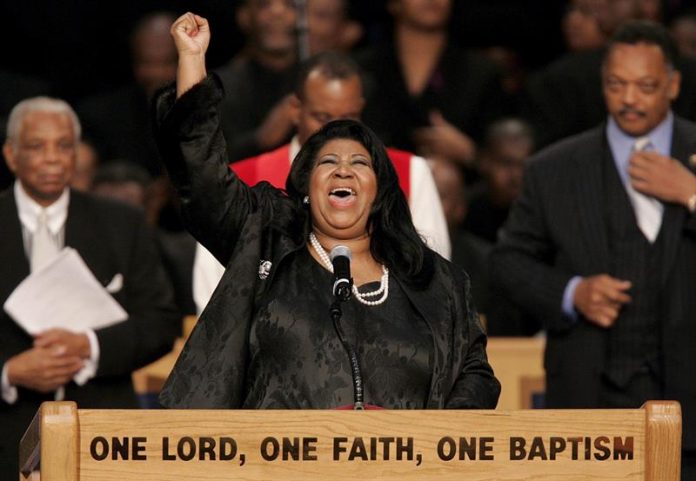 Followers of Aretha Franklin, who died today in Detroit at age 76, attended today the star of the legendary singer on the Hollywood Walk of Fame, in Los Angeles, to pay her one last tribute.

Local media showed the bouquets of flowers, records and other farewell details that the fans of Aretha Franklin deposited on the star from early in the morning.

They also placed a royal crown in honor of the singer, as she was popularly known as “the queen of soul”.

The Walk of Fame, located on the famous Hollywood Boulevard in Los Angeles, usually serves as a meeting point and public tribute when a legend of the entertainment world dies.

Franklin unveiled the star with his name on the Walk of Fame in 1979.

The artist died today at age 76 in her home in Detroit, surrounded by friends and family, after spending several days in palliative care for pancreatic cancer suffered, her representative, Gwendolyn Quinn, told the local media.