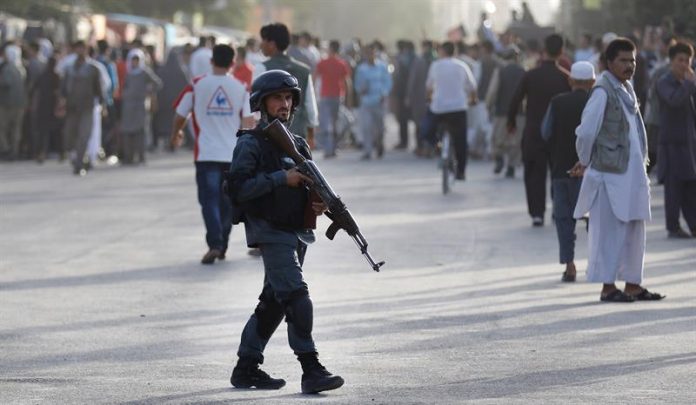 The State Department sees a “clear effort to foment sectarian violence” in the suicide attack perpetrated today against an educational center in Kabul, where fifty people died and dozens were injured.

“This horrific attack is a clear effort to foment sectarian violence and to thwart the hopes of the Afghan people for a future of peace and security,” said State Department spokeswoman Heather Nauert.

In a press conference, the spokeswoman said that the country condemns the attack in the “strongest terms” and continues to support the efforts of the Afghan government to achieve “peace and security.”

The attack occurred just when the Afghan government is considering a ceasefire on the occasion of the Muslim festival of Eid al Adha or “feast of sacrifice.”

The Mawoud Educational Center that suffered the attack is in the Dasht-e-Barchi neighborhood, mainly Shiite, a minority that often suffers the attacks of the Sunni insurgency of the Taliban.

The Taliban, however, have assured that they are not behind the attack.

At around 4:00 pm, local time (11:30 GMT), an individual detonated the explosives that he carried in his vest inside the school, where there were hundreds of students.

The children are suffering the most from the war in Afghanistan, where last year 861 children died and 2,318 were injured as a result of the conflict, according to the United Nations Assistance Mission in the Asian country (Unama). . EFEUSA