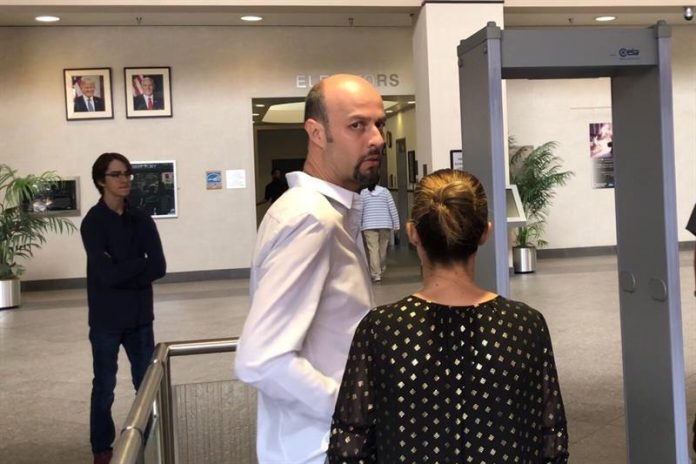 Major League Baseball veteran Esteban Loaiza yesterday pleaded guilty to drug trafficking at a California court hearing, in which a judge warned him that he could be deported once he completes his sentence.

Loaiza, 46, with permanent legal status in the United States, will remain on bail until the sentencing hearing scheduled for November 2 in federal court in San Diego, California.

The athlete was arrested on February 9 in the neighboring city of Imperial Beach (California) in possession of a shipment of more than 20 kilograms of cocaine valued at half a million dollars.

Loaiza, who attended the hearing with judge Janis Sammartino in the company of her parents, sister and a son, accepted her responsibility for possession with intent to distribute the drug.

The drug was delivered to Loaiza in a van for him to transfer to another vehicle that was parked in a home that had just rented, as it was announced at the hearing.

The judge asked her if she understood the seriousness of the crime and what it means to plead guilty for it, to which the former lawyer replied that he had time to analyze his case with his lawyer.

Officers from the Sheriff’s Department followed the driver of the truck suspecting he was involved in narcotics smuggling.

With this, a search warrant was obtained for said residence that was rented by the expelotero, which had no furniture or personal belongings, according to the accusation presented in the court.

In a van parked in the interior, bags marked with the surname Loaiza were found and under them they found twenty packets of cocaine.

Loaiza, widower of singer Jenni Rivera, will be expelled from the country at the end of her sentence, said Jarad Hodes, prosecutor assigned to the case.

He told the press that the athlete “accepted that it is practically a fact that he will be deported.”

Loaiza and her family left the court without giving statements to the press, while her lawyer Janice Deaton limited herself to confirming that her client will continue to be on probation until sentencing.

The ex-baseball player will not be able to leave the country and will have to comply with the conditions that were established when he paid a bail of almost $ 200,000 last May, for which he put in a guarantee a residence that was the property of his ex-partner and son.

While this crime merits a minimum sanction of ten years in prison, the prosecutor anticipated that the judge will take into account other factors such as the fact that he was not in possession of firearms nor was there violent acts involved, so the sentence could be lower.

In the Major Leagues, Loaiza played with the White Sox of Chicago, the Pittsburgh Pirates, the Texas Rangers, the Oakland Athletics and the Los Angeles Dodgers, among others.