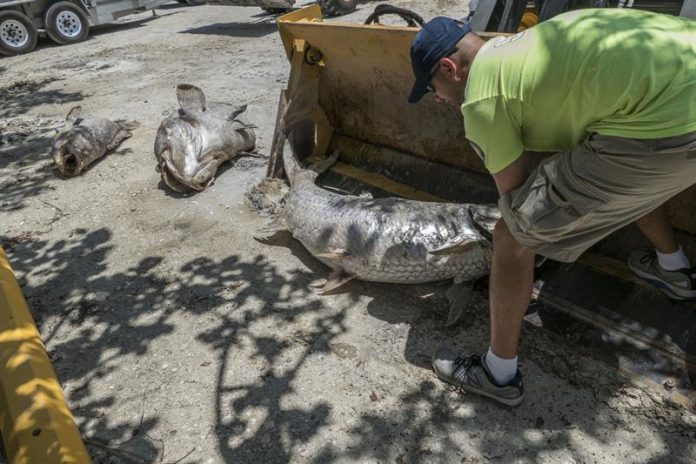 The environmental authorities of Florida today decreed extraordinary measures in seven counties of the southwest of the state to accelerate the collection of thousands of fish killed by the red tide, as is known the contamination by a toxic microalgae.

Eric Sutton, director of the Commission for the Conservation of Fisheries and Wildlife (FWC) of Florida, relaxed by an executive order the standards for fish removal tasks in Collier, Lee, Charlotte, Sarasota, Manatee counties , Hillsborough and Pinellas, the most affected.

“We are actively working with local authorities in the most affected areas and we are ready to assist the communities,” Sutton said in a statement.

Thousands of fish and eels have appeared dead in recent weeks on the beaches of the southwest coast of the Florida peninsula, a phenomenon that occurs almost annually on these coasts of the Gulf of Mexico, but that had never reached the current gravity.

Thousands of fish, hundreds of turtles and even some manatees have appeared dead on these beaches considered among the best in the world for the quality of its white sands and its blue sea.

The FWC also today called on people not to remove dead specimens of sawfish, sea turtles, manatees, dolphins or whales from the coasts and leave those tasks to the experts.

The state environmental agency said that in the case of injured specimens of this marine fauna more than 30 marine biologists are available to attend these emergencies.