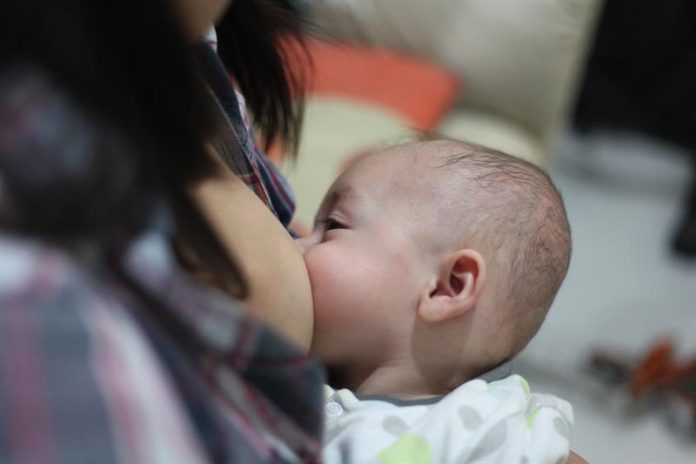 Three out of every five babies born in the world do not take breast milk in their first hour of life, which triggers risks to their health, the United Nations warned today.

In total, the organization estimates that in 2017 about 78 million newborns waited more than an hour to be breastfed after birth.

This is indicated in a joint report by the UN agency for childhood (Unicef) and the World Health Organization (WHO), which consider it key to avoid delays in the initiation of breastfeeding.

“When it comes to initiating breastfeeding, it is essential to do it on time, and in many countries it can become a matter of life or death,” Unicef ​​executive director Henrietta H. Fore said in a statement.

The report highlights that newborns who drink breast milk in their first hour of life are much more likely to survive and have fewer health problems throughout their lives.

Research cited by Unicef ​​and the WHO point out that newborns who started breastfeeding between two and 23 hours after birth were 33 percent more likely to die than those who did in the first hour.

For those who waited at least one day, that risk more than doubled, they explain.

The report states that skin-to-skin contact and breast suction promote the production of breast milk and colostrum, the milk generated by the mother during the first weeks of lactation and considered a “first vaccine” because of its high content of nutrients and antibodies.

Improving breastfeeding practices could save the lives of more than 800,000 children under five each year, according to UN agencies, which highlight the benefits that breastfeeding also has on the mother’s health.

The figures are in line with other studies published in recent years by the UN itself and by organizations such as Save the Children.

The report of UNICEF and WHO analyzes the situation on a global scale, although it does not have data from Western Europe or from the United States and Canada.

In total, approximately 42% of children born in the world are breastfed in their first hour of life, a slight increase from the 37% recorded in 2005.

The percentages vary from an average of 35% in the countries of North Africa and the Middle East to one of 65% in East and South Africa.

According to the report, the reasons that explain the delay in the beginning of breastfeeding are several and include widespread practices in some countries such as discarding colostrum and feeding the baby with different liquids at first.

It also influences, according to UN agencies, the increase in the number of cesarean sections by choice and the custom of separating the mother and newborn that is followed in some hospitals.

The WHO and UNICEF recommend that children be exclusively breastfed during the first six months of life.