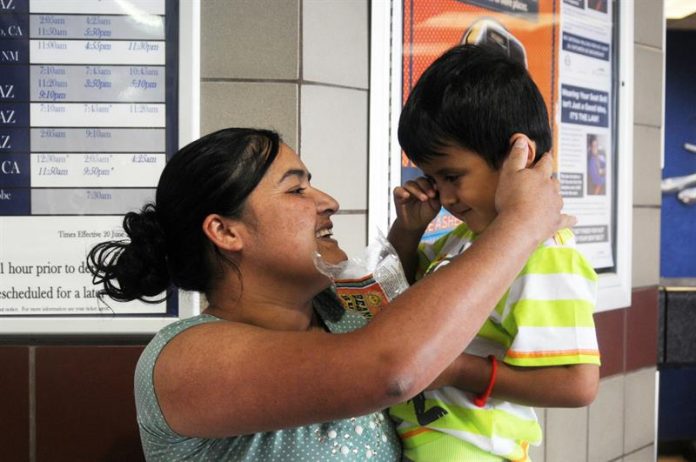 The Hispanic organization UnidosUS pointed out today that under the new tax reform of the Donald Trump government about one million immigrant children in the country, 120,000 of them in Florida, will no longer receive the Tax Credit for Child in 2019.

At a round table with experts, officials and local community leaders held in Miami, UnidosUS indicated that “the tax laws and budget cuts of Trump and the Republican Party will hurt Florida’s families.”

“This law was just a ploy to fill the pockets of the rich and use the deficits generated by the Republicans’ own taxes as an excuse to gut federal programs that help the working class,” lamented Rafael Collazo, director of political campaigns in UnidosUS.

The organization said that the “meager cut” of 260 dollars of taxes that some Hispanic taxpayers could see in 2019 “will not fill the enormous gap left by the planned cuts to” food, housing and health care programs.

UnidosUS (formerly the National Council of La Raza, NCLR), said the cut will also be “insignificant” compared to the more than $ 98,000 that will go to 1% of Floridians.

On the other hand, he explained that by 2027, half of Florida’s Latinos will see their taxes increase by an average of $ 250 per year.

During the round table they also questioned that the current government has not extended the program of Temporary Assistance to the Refuge of the Agency of Management of Natural Disasters (FEMA, in English), by which until two days ago they were sheltered in the state 1,700 evacuated, mostly from Puerto Rico due to Hurricane Maria.

On the other hand, he indicated that the new tax reform could add 1.9 trillion (trillions in English) to the country’s deficit over the next decade.