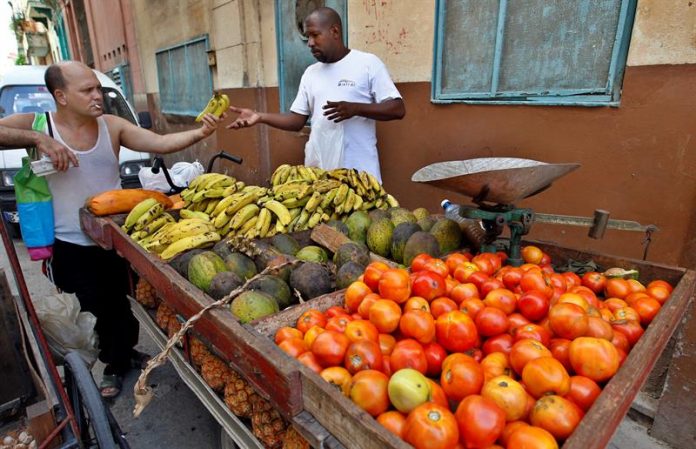 The decapitalization of the Cuban economy and the fall in its productivity has opened a “gap” with Latin America that can only be closed with an increase in the investment rate of around 10-15% of the Gross Domestic Product (GDP), highlighted today a Economist at a conference in Miami.

This is one of the conclusions of the study “What place does the Cuban economy occupy in the region?” prepared by the Colombian economist Pavel Vidal Alejandro, who threw in the second day of the annual conference of the American Association for the Study of the Cuban Economy (ASCE).

This is the first time that measurements are made of the Purchasing Power Parity (PPP) rate, total GDP and per capita and the productivity of the Cuban economy.

In the first place, Vidal pointed out the difficulty involved in using the official data of the exchange rate provided by the Cuban State, since by using the parity rate of the Cuban peso (1 CUP: 1 dollar) “the value is overestimated in dollars of GDP “. It “distorts,” he said.

Thus, according to the official exchange rate, the total GDP in Cuba in 2014 was 80.65 million dollars and the per capita of 7,177 dollars.

But the estimate made by Vidal, using an average change, differs substantially from the official: The total GDP and per capita were that year of 33.88 million dollars and 3,016 dollars, respectively, that is, 60% less than the official .

The economist, a professor at the Pontificia Universidad Javeriana in Cali, incorporated the PPA and formulations of the Penn World Table (PWT), as well as international relative prices estimated by the World Bank, to his methodology for estimating Cuban GDP, and compared the economy of the island with ten economies of similar size in the region.

One of the main conclusions of the report points out that the Cuban economy “has not yet exceeded the productive capacity and per capita income” recorded in previous years to the serious economic crisis of the so-called Special Period, in the 1990s.

Therefore, in five decades, said Vidal, the Cuban economy “grew smaller in the region” and, currently, “represents 71% of the economy of the Dominican Republic and 61% of the Ecuadorian economy.

It should be remembered, he pointed out, that in the 1970s, Cuba and Uruguay “had the highest GDP per capita” in the region, while today the Caribbean island ranks sixth among the ten nations chosen for the comparison: Bolivia, Costa Rica, Dominican Republic, Ecuador, Guatemala, Honduras, Jamaica, Panama, Paraguay and Uruguay.

Although the “good orientation” of the reforms undertaken by the now ex-president Raul Castro is verified, these are “insufficient” to stop the “decapitalization” and increase productivity, in addition to “not taking advantage of the advantages of education” on the island. .

So, if Cuba aspires to recover the “lost ground” it will have to “increase productivity”, something only possible if “structural reforms” are undertaken, and investments increase.

He said that the increase in the investment rate is the “priority number one” to be able to stop the decapitalization, a “disadvantage” that has worsened since 2011 with the “emigration of young labor force”.

In the field of education, the expert said that school and academic instruction was an “important advantage” for Cuba, and helped to “close the gap” in the 70s and 80s, but today it is no longer because it does not There is room for a qualified workforce, “the main contradiction of the reforms”.

In the end, the “socialist model has dwarfed the Cuban economy in the region,” he added.