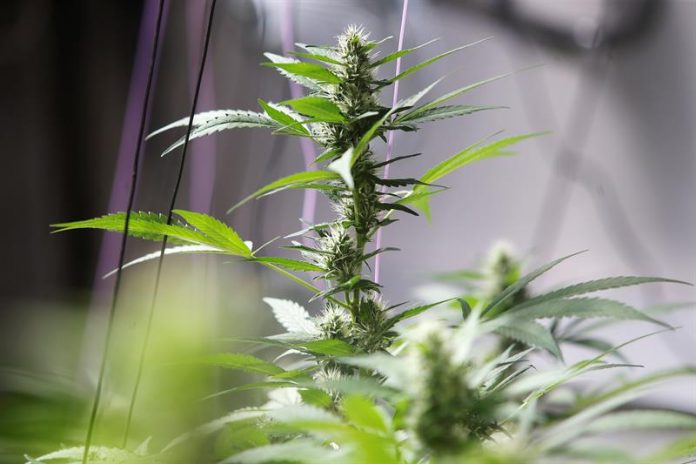 A shooting on Sunday in southern Colorado that resulted in two deaths and a wounded officer made it possible to find clues about the connection between illegal marijuana crops in the area and drug cartels from Latin America, local authorities reported on Monday.

As indicated by the El Paso County Sheriff’s Office, the presence of armed men guarding the illegal plantations points to the presence of Latin American cartels in Colorado, where recreational marijuana is legal since 2014.

“This is part of a larger illegal drug trafficking organization that we’ve been investigating for some time now,” said Sheriff Bill Elder.

The US Drug Enforcement Administration (DEA) has detected 650 illegal marijuana crops active in El Paso County and neighboring Teller County, although it is still working to find “concrete evidence” to certify that a single organization is the one that controls all those operations.

The DEA found that the word “Sinaloa” had been carved into trees surrounding some of the illegal marijuana plantations discovered.

In addition, some cases of kidnapping or torture in the Colorado Springs area have similar characteristics to the actions of the Mexican cartels.

In fact, on May 1, during a meeting with community leaders, Prosecutor Dan May, of the Fourth Judicial District of Colorado, affirmed that “posters from all over the world” operate in Colorado. “Name a country in South America and we have them here,” the prosecutor said.

For Sheriff Elder, the marijuana market “is very lucrative for the cartels to ignore,” a business that amounted to tens of millions of dollars.

For this reason, he said, after each operation, the names and nationalities of the detainees or suspects are investigated to determine if there are connections with international cartels, be they from Mexico, Colombia or Cuba.

In the operation this Sunday there was a dead and wounded in one of the illegal plantations discovered, in which the attacker was killed by a special team of the local police, although in the confrontation, one of the uniformed was wounded.