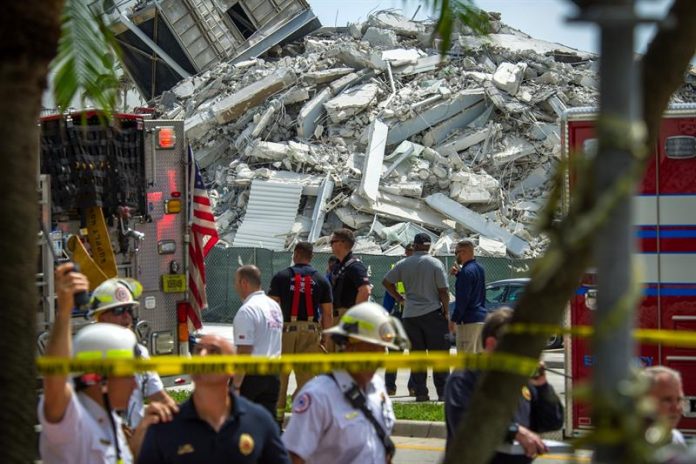 A beachfront building that was to be demolished in Miami Beach collapsed today and at least one worker was seriously injured, police and fire officials said.

Witnesses told local media that the debris began to fly towards them and that a large rock hit one of the workers in the chest and dragged him about five feet.

The man was taken to Jackson Memorial Hospital “in critical condition,” the Fire Department said to local media without detailing the victim’s name.

The authorities indicated that although they do not believe that there are more wounded of the construction company, since the workers have already been counted, they are searching the rubble with the help of dogs to make sure that no one has been trapped.

Images broadcast on television showed cranes and parts of the building scattered around the site in a cloud of dust.

The authorities indicated that the building had a demolition permit, but not demolition due to explosives.

For about two hours the police closed traffic on Collins Avenue, a parallel road to the beach, to allow the arrival of relief bodies and removal machinery creating chaos in this tourist area of ​​Miami Beach.