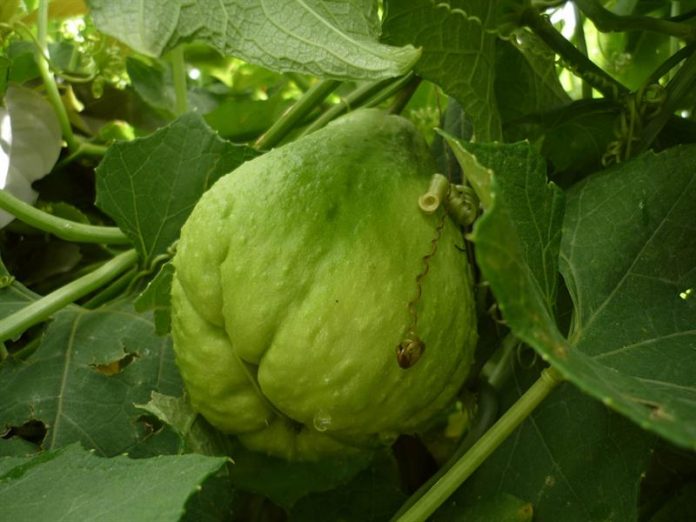 Researchers from the National Autonomous University of Mexico (UNAM) developed a hybrid of two species of Mexican wild chayotes or guatilas, whose crude extract they claim is a powerful antitumor and antineoplastic agent against cancer.

In a statement released today, Edelmiro Santiago Osorio, who heads the group of researchers from the Faculty of Higher Studies (FES) Zaragoza, said that this vegetable is as powerful as cytarabine, a medication used in the treatment of some types of cancer.

The expert explained that the mechanism of cytarabine is based on interfering with the synthesis of DNA, which hinders the multiplication of malignant cells.

According to Santiago Osorio, the crude extract of the hybrid generated in his laboratory is 1,000 times more powerful than that of the specimens that can be found in a common market, which is why he wants to create or incubate a company that makes the substance available to the public activate this “super chayote”.

“We would have to eat many kilos of chayote from the market to have the effect that we achieved with the hybrid, however, indistinctly it is healthy to consume this cucurbitaceae, in fact in hospitals it is a basic part of the diet,” he said.

The potential of the crude extract of the hybrid was evaluated in leukemic cell lines and bone marrow mononuclear cells of normal mice, and it was found that it greatly inhibited the proliferation of some cancer cell lines, the researcher revealed.

“Despite everything that is done in the laboratory to fight cancer we continue with high death rates, the strategy that has been followed in recent years is to look for molecules that block a particular point within the biochemistry of the development of that condition: the molecular targets, but we still do not have the expected impacts, “he acknowledged.

The university explained that the idea of ​​him and his team is not to look for a single molecule, but to have an arsenal. “We must find a way to attack at the same time with several molecules at different points of possible development of the tumor cell,” he said.

This line of research, concluded Edelmiro Santiago, began in 2005, to join efforts among agronomists who investigated the chayote to know what other biological effect it might have, apart from the food benefits.

According to figures from the World Health Organization (WHO), cancer is the second cause of death in the world; in 2015, it caused 8.8 million deaths.