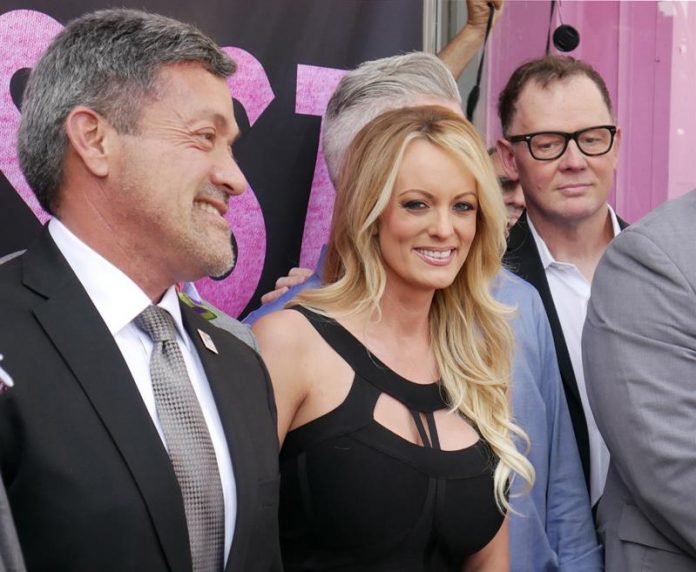 The pornographic actress Stormy Daniels, immersed in a legal battle with President Donald Trump, was arrested at a striptease venue in Columbus (Ohio) for being touched by a client, something that in many states of the country is prohibited, reported today. his lawyer.

The lawyer, Michael Avenatti, denounced on Twitter that the reason for the arrest is a “montage” and that the operation is “politically motivated”.

“Stormy Daniels was arrested doing the same show she has performed in almost a hundred strip clubs across the country, this was a montage and politically motivated, she reeks of desperation, we will face all the false accusations,” Avenatti said.

“She was arrested for allegedly allowing a client to touch her on the stage in a non-sexual way.” Are you kidding? Do you dedicate resources to undercover operations for this? There have to be higher priorities! “The lawyer added.
Avenatti also said he expects Daniels to be released “soon” on bail and charged with a misdemeanor for allowing himself to be touched.

During the 2016 election campaign, Daniels received a $ 130,000 payment from Michael Cohen, Trump’s ex-lawyer, to allegedly keep secret an affair he had with the current president in 2006, shortly after he married Melania.

The pornographic actress, whose real name is Stephanie Clifford, has gone to court to overturn the pact, a litigation that has not yet been resolved, and has reported intimidation of the president’s environment.

Daniels has also taken advantage of the popularity following the litigation with Trump to launch a tour of performances by locals of “streaptease” throughout the country, including that of Columbus in which she was arrested.