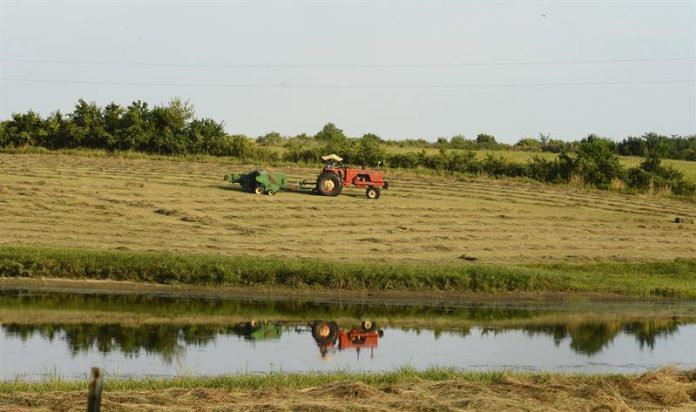 A heated argument among neighbors in St. Johns County, in northeastern Florida, ended with one of them driving a tractor with homicidal intentions behind the other, which managed to get to safety, a local media reported on Tuesday.

The events happened last June, but a video released today by NBC channel 2 shows a man driving a tractor on a rural road behind another who runs with the mobile phone in his hand and waving his arms in terror.

It was the wife of Scott Lynch, the man who runs away terrified of his motorized neighbor Howell Morris, who recorded the event on video and called the 911 emergency line to alert of the incident.

In the call, Lynch’s wife answers the questions of the operator and explains that her neighbor Morris got on a tractor chasing her husband, who had to flee the race to save his life.

“Yes, he chased him on his tractor and my husband had to flee,” the woman replied, who later explained to the police that the incident occurred after a dispute over the property.

Asked if the tractor had entered her property, the woman answered affirmatively and explained that it is a path subject to right-of-way.

“He (Morris) thinks he has a right to use it, but he’s destroying things and blocking our entry,” Lynch’s wife told the operator.

Morris, 72, was charged with the crime of “aggravated assault with a deadly weapon” and was banned from any contact with his neighbors.