The United States under-17 basketball team was crowned world champion of the category for the fifth consecutive time after winning the final to France by 95-52.

With an outstanding performance by Isaiah Stewart II, author of 15 points, nine rebounds, one assist and two steals, the Americans won the fifth crown in the same amount of tournaments played in this category.

Without defeats and with perfect score, the United States managed to ratify its dominion in a contest disputed in the Argentine cities of Rosario and Santa Fe.

In this way, the US reign at the U17 World Basketball Championship that began in Hamburg 2010 after beating Poland in the final, was ratified in Kaunas 2012 and Dubai 2014 after prevailing in the decisive match against Australia, then in Zaragoza 2016 after beating Turkey in the last match and now Santa-Rosario 2018 after prevailing against France.

In the game for third place, Puerto Rico beat Canada by 90-77 and stayed with the last step of the podium with Jermaine Miranda Pérez as a great figure with 24 points and eleven rebounds.

In other games to define final positions, Turkey took fifth place after winning 81-77 to the Australians and Croatia was seventh to win by 74-66 to Montenegro in the Balkan duel.

For the low area of ​​the table, the Dominican Republic was ninth after winning 82-77 to Serbia, while the Argentine hosts won the eleventh position to say goodbye with a victory to their audience against Mali by 70-69.

Finally, the Philippines stayed with the thirteenth place after winning 73-51 to New Zealand and China avoided the last position after beating 68-63 to Egypt. 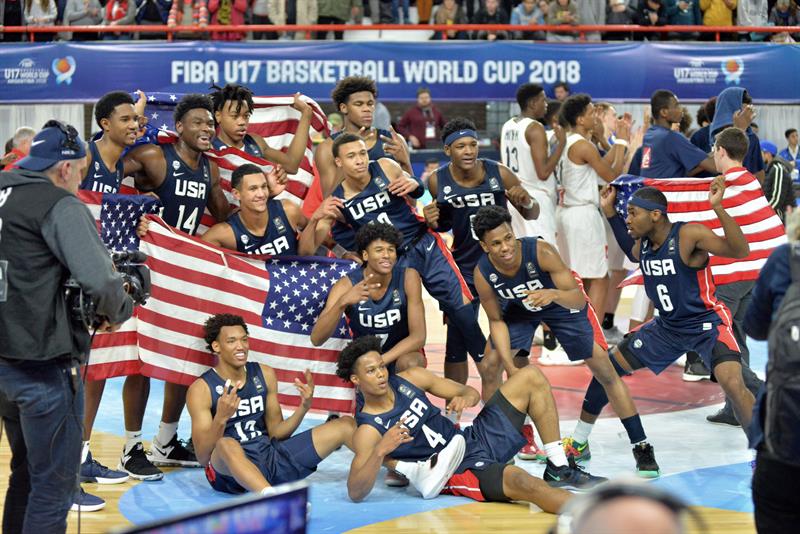 Texas quarterback Andy Dalton threw four touchdown passes in the first half against a defense that has dominated him throughout his career, and the...

The Los Angeles Lakers defeated the Dallas Mavericks (138-115) at dawn this Saturday in the most attractive game of 'Christmas Day' in the NBA,...

The main leaders of the Democratic Party have demanded information about the bombing carried out by US forces on the Baghdad airport, the Iraqi...

The director of "Black Panther", Ryan Coogler, thanked today, in a letter to all those who made possible the historic premiere of this superhero...